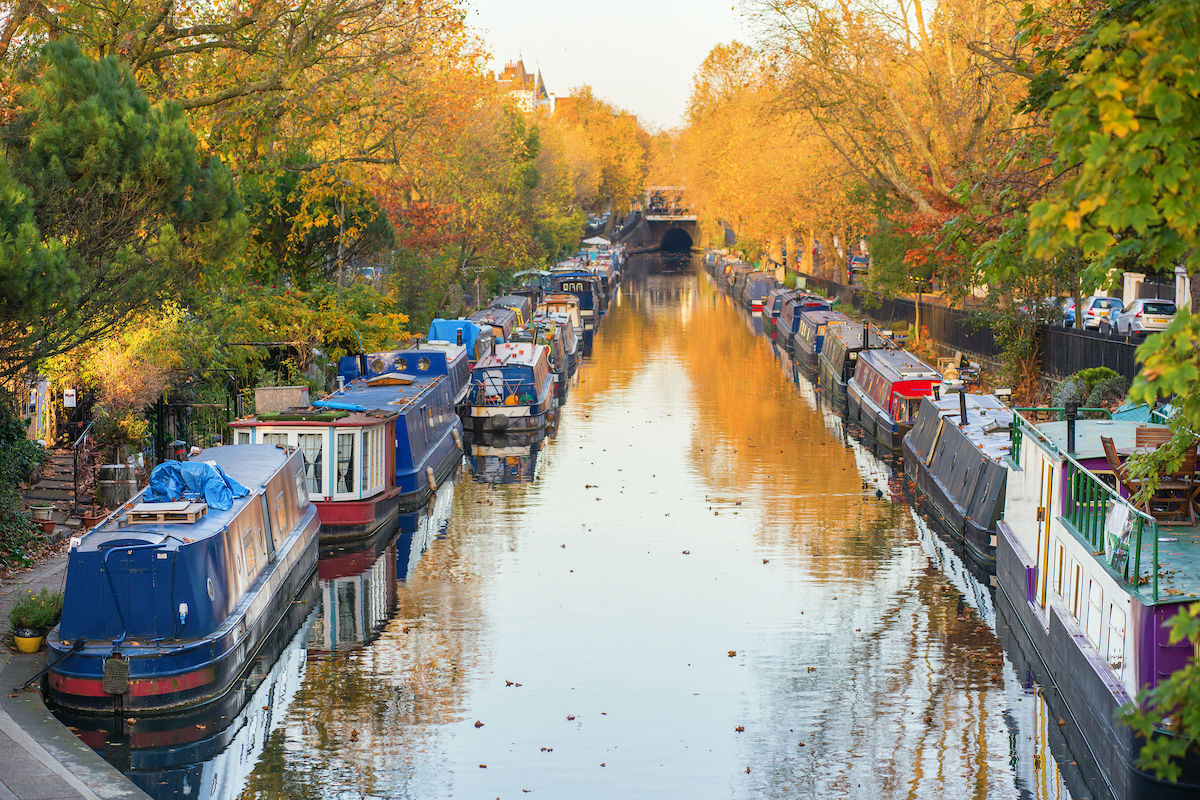 Slow travel is the only way to truly appreciate a destination. Because we rush too much into our daily lives, when we are finally “Out of Office”, “Gone Fishing” or just away, we should relax. Not only is slowly exploring an area much more sustainable, it is also good for the soul.

As old wisdom says, sometimes we need to allow our soul to catch up with our body. In today’s world, our bodies can travel so much faster than our souls, so many times we are already home before our soul has a chance to catch up with us – let alone enjoy. the break. Slow and moving are the buzzwords when it comes to canal or river boat trips.

Europe is crisscrossed with magical waterways and perfectly set up for renting a boat and traveling through a canal, enjoying the views along the way, jumping every now and then to explore, or otherwise, sit down with a book and let the world move slowly. Whether you take the helm yourself or opt for a small cruise ship where others take on the role of captain, it doesn’t matter, as a canal boat ride is guaranteed to keep you exhaling and breathing. deeply.

I have selected a few of my personal favorites from France, UK, Germany and Italy. Each has a special appeal to me, and no two are alike, so I hope you find one or two that inspire you on your next trip to Europe.

The Canal du Midi is not only a picturesque canal but also a marvel of historical engineering. Commissioned in 1666 by the progressive King Louis XIV, the Sun King of France, a total of 225 miles of waterways connect the Mediterranean Sea to the Atlantic Ocean. Strictly speaking, the Canal du Midi is only the part between the Mediterranean and Toulouse but is often used on the entire stretch.

It is probably the most popular canal for free sailing, despite having 328 structures, including bridges, locks, aqueducts and tunnels, and is superbly laid out for visitors who either hire a narrow boat themselves or choose one. with a captain. The difficult thing is deciding if you are going to walk the entire stretch, which direction to take and how much time to spend there because besides Toulouse there are countless beautiful rural villages and historic sites to explore along the canal.

Pro tip: The real Canal du Midi is my favorite, sailing between Toulouse, the pretty Bram, the imposing Carcassonne and ending in the beautiful Camargue region, from where you can extend your vacation to Montpellier, Avignon and Provence.

Not all canal tours meander through quiet countryside, some even take place right in the center of a bustling city, in this case Paris. This four-day trip, partly on site and partly by speedboat, through the Canal Saint-Martin, the Bassin de la Villette and the Canal Saint-Denis allows you to see Paris from a whole new perspective. You probably know that there are canals right in the center of Paris, once used for transporting goods, and now lined with trendy cafes, restaurants and barges, but the chance to actually walk them, through locks, under bridges, and even through the tunnel connecting the Seine to the Bastille, it is very rare indeed. Backwater Cruises offers various cruises in France, but only this unique special, rare opportunity to cruise on the canals of Paris, in September 2022.

Pro tip: You will not only navigate through Paris, but you will also take half-day excursions and sightseeing tours in the city. So this is a great opportunity for both, those who already know Paris well but want something a little different, as well as newcomers.

You start your Barge on the Thames London afternoon tea vacation, climb aboard a luxury canal boat with a crew of four looking after you, then cruise down the Thames. Stops along the way include tours of the palaces and castles of Hampton Court and Windsor, chauffeured cars to historic sites such as Cliveden and Oxford, and ends in Henley-on-Thames. It’s four days spent in luxury, enjoying English history, beautiful waterways, gourmet dining on board and pampering along the way.

Pro tip: The Magna Carta The houseboat has four cabins, making it perfect for a houseboat vacation with friends, taking over the entire boat rather than sharing it with other parties. That said, the amenities on the boat are superb, the lounge is large, and the day trips are by private cars, so this is more of a floating luxury hotel than a cramped narrow boat, even if you don’t know your fellow travelers.

If you enjoyed the Thames route and the trip whetted your appetite for sailing along a canal on your own, why not continue west along the Kennet and Avon Canal? The canal connects the River Kennet, which in turn joins the Thames, with the River Avon and meanders through the stunning south-west English countryside following the rugged route of the Great West Way between London and Bristol. Renting narrow boats is so popular here that you can sail the 87 miles or choose your preferred route for a shorter distance for a day or two, such as between Devizes and Bath Spa.

Pro tip: You can also walk along the Kennet and Avon Canal, along the towpath, so you can opt for a boat trip one way and walk back in the other. My favorite route is between Bath and Bradford on Avon which takes around three hours of walking but longer if you stop at pubs along the way. Include these pubs in your itinerary, whether from the boat or on foot, as they are fabulous, especially the Cross Guns Avoncliff with its beer garden overlooking the spillway.

5. Channels in and around Berlin, Germany

The region of Brandenburg and Mecklenburg-Vorpommern which stretch between Berlin, the capital of Germany, and the Baltic Sea to the north, are not only beautiful, but also dotted with lakes, rivers and canals. He simply cries out to be explored by boat. By not renting a narrow riverboat, but rather a rather stylish but not too overwhelming motor yacht, you can take your time exploring the lakes, historic towns such as Potsdam and Furstenberg along the way, mooring along the shores from the lake for a coffee, or just cruise in and out of canals and rivers, finding quiet spots to moor and read a book.

Pro tip: This company also rents small boats without a license all over Europe. Take a look at Brochure for more inspiration.

6. The Po and the Bianco canal, Italy

Please forgive me for including a canal boat tour which is more like a small cruise, but the road taken is so beautiful that I wanted to include it. Imagine Italy in all its splendor: departure to Venice, then welcome with Prosecco on board the beautiful life, the good life, and spending the night on board for a bit more of Venice in the morning. Then you will pass small historic fishing villages, admiring the odd wine cellar, looking at Renaissance art in Ferrara, also famous for its marble. You will cruise along the Po and the scenic Bianco Canal, also known as Tartaro-Canalbianco-Po di Levante, before being transferred to Venice after five days. Bella Vita indeed!

Pro tip: There are a few options for getting off the boat and exploring the surrounding area by bike, perhaps to eliminate some of the calories provided by the delicious gourmet Italian cuisine on board.

Yes, France again. But really, you can’t go wrong with France, right? Especially not with a luxury canal boat trip through French Champagne, literally from champagne house to champagne house. Departing from ChÃ¢lons-en-Champagne, for six days and five nights, you drive through the Marne Valley, visiting the two main centers of Champagne, and Champagne, Reims and Epernay, between two vineyard visits, exploring the nicely flat countryside by bike if you wish, and always coming back to luxury boat Swallow, l’Hirondelle, for gourmet cuisine, have a glass – or two or three – of champagne on the shiny teak deck, while letting the French countryside slowly pass you by. This is a luxury boat tour, organized by Belmond, with four cabins on board, available for private hire or per cabin.

Pro tip: This boat trip includes transfers to and from Paris, so you can easily combine it with the Paris Canal St.-Martin excursion.

River cruises are a great way to explore destinations:

A towering windmill and more in Fulton, Illinois | To travel