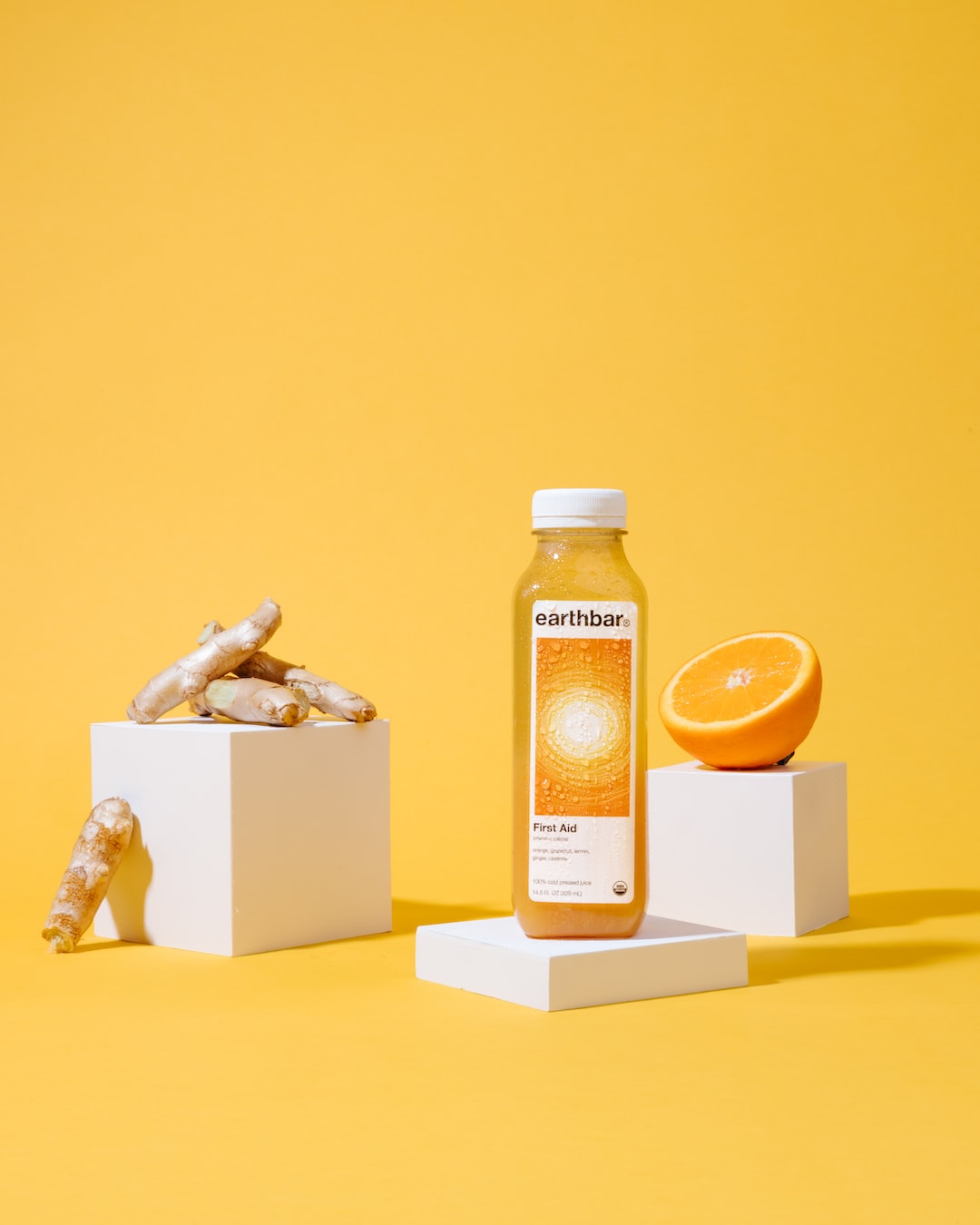 Malta claims to be the first EU country to be granted collective immunity. Vaccinations have recently been extended to all over 16s and 58.6% of the population have had two injections.

Since 2020, 420 people have died from the virus, and the country has not recorded any deaths since May 26. Neither quarantine nor PCR testing is required for passengers traveling to Malta from the UK, but they must be fully vaccinated.

Museums and tourist sites, shops, restaurants and cafes are open, and allow tables of six people. Cinemas and theaters reopened on June 7, but bars and nightclubs are still closed and boat parties are not allowed.

Masks are mandatory for all people over three years old in public spaces, but from June 1, wearing a mask on the beaches has been advised but is no longer mandatory. Maltese Health Minister Chris Fearne has said masks will cease to be mandatory outdoors from July 1 for those vaccinated, as long as cases remain low.

Valletta was like a ghost town at night. Today it is different – or rather it will be once the pandemic has receded and visitors return. Normally the streets are full after sunset with live music and merry Mediterranean chatter all around. The grid system used by the Knights to build the city creates what looks like parallel nocturnal realities. Republic Street is imposing and distinct with exquisite cafes and restaurants; Merchant Street is laid back and leads to the covered market; but walking down Straight Street you would step back in time, as British sailors did in the past, and enjoy bar crawling all the way to Gut. Look for the old street signage along the way.

There’s a lot. Before visiting the island, it’s worth checking out the Malta Tourism Authority website and festivals.mt to see what’s going on, and to note that this year, until further notice, all festivals will be virtual.

Strawberry Festival, Notte Bianca in Valletta, Karnival ta ‘Malta, Malta Jazz Festival, Valletta Baroque Festival, Farsons Beer Festival, Delicata Wine Festival, Fireworks Festival fireworks and the three palaces are just a few of the events during the year. My favorite though is BirguFest and its highlight Birgu by Candlelight which is an amazing experience. One of Malta’s oldest towns, Birgu (also called Vittoriosa) is magically lit by thousands of candles adding a romantic and mystical touch to its medieval houses, inns and palaces linked by winding alleys. The festival offers historical reenactments, open museums and churches, exhibitions and installations as well as concerts, theater and laser light shows.

In Malta, you are surrounded by limestone, from the old towns of Mdina and Valletta, to the megalithic temples of Hagar Qim, Mnajdra and the Hypogeum, to the ornaments of traditional Maltese townhouses. Limestone has played a decisive role in preserving the history of the island. At the family-run Limestone Heritage Park and Gardens in the village of Siggiewi, visitors can trace the use and role of this resource through the ages. Don’t miss the Stone Carving and Carving, where a visitor can spend time working on a limestone souvenir. Farmer’s Lunch, in the estate’s peaceful garden, is a great way to try Maltese gbejna cheeses, homemade pasta and rabbit dishes and traditional desserts. The youngest will appreciate the heritage park: there is space to run and a zoo for animals.
â‚¬ 8.10 adult, â‚¬ 5.40 student, â‚¬ 2.70 child with online discount, calcaireheritage.com

This is not your usual museum, it is the only private palace open to the public in Valletta. It exhibits unusual furniture, memorabilia, family paintings and rare medical instruments from the Sacra Infermeria of the Knights in Valletta. Museum by day and stately home by night, its rooms bring to life the history of the Knights Hospitaller and the Maltese nobility. The palace was built in the 16th century for Don Pietro La Rocca, an admiral of the knights and is the ancestral home of the family of the Marquis Nicolas de Piro. Today it is also home to a boutique B&B, with a peaceful garden and a cheerful macaw named Kiku. Groups of tourists are sometimes taken by the Marquis himself. Regular hourly tours are organized throughout the week.
casaroccapiccola.com

It is the most beautiful cafe in Valletta and a kind of institution. I love going there for an espresso with one of his signature candies. Relaxing in the sun in Pjazza Regina in front of the statue commemorating the Golden Jubilee of Queen Victoria and the Baroque National Library is bliss. The cafe was established in Cospicua in 1837 and moved to Valletta in 1944. The building known as Casa del Commun Tesoro or the Treasury during the reign of the Order of the Knights of St. John in Malta was used by the British for various public offices and it was later converted into the Grand Hotel. The eclectic interior design of the cafÃ© and the vaulted ceiling decorated with paintings by the Maltese painter Giuseppe Cali add to the special character of the place.
caffecordina.com

About 30 years ago, producing world-class wines in Malta seemed like an ambitious goal. Some saw the investment as risky, others thought it was doomed from the start. Today we look back on the legacy of a courageous company that explored the potential for producing high quality wine in Malta. The Ta’Qali wine estate, near Mdina, was planted in 1994 on the site of an airfield used by the RAF during World War II, using a British-built herringbone irrigation system. Success was achieved with the first harvest in 1996, which Meridiana sold within weeks. Its wines are now established internationally. My favorite Maltese wines are, among the reds, Nexus – a Merlot, and Celsius – a Cabernet Sauvignon. Among the whites, the Baltis, made from the Muscat grape, is excellent. The tastings take place on the panoramic terrace of the Meridiana overlooking its vineyard or in the courtyard near the cellars. A tour includes a visit to the fermentation room and underground cellar, both located in the picturesque Maltese farmhouse.
Wine tasting and tours on meridiana.com.mt

This museum gives visitors the opportunity to dine inside the museum itself. The atmosphere is special, the menu exquisite and unique – as historians and chefs have searched 18th century documents to find foreign influences, ingredients, spices and eating habits in the menus used by the knights. The Maltese fruits and vegetables used are grown by local farmers, the sausages are made by the local butcher following strictly traditional methods and the house chefs follow authentic recipes. It is a culinary experience like no other. The building is an old bakery from the British period in Birgu, one of the three towns located directly opposite the Grand Port of Valletta.
Maritime Museum, patrimoinemalta.org. Learn more about Taste of History on Facebook

Under the fortifications of Malta’s capital, Valletta, this complex of tunnels and chambers conceals fascinating secrets from WWII. Built by the British Army, the War Rooms housed the Allied War HQ, which played a crucial role in the defense of the island and in coordinating Operation Husky – the invasion of Sicily. Named after Giovanni Paolo Lascaris, a 17th century Grand Master of the Knights of Malta who built a garden on the site and fortifications across the island, the War Rooms received communications from all radar stations and mapped air and naval movements around the islands. After the war, the Lascaris rooms were used as the headquarters of the Mediterranean fleet of the Royal Navy. Climbing the bastion stairs takes you to the Upper Barrakka Garden for the spectacular views of the Grand Harbor.
Adult â‚¬ 13, student â‚¬ 11, under 16s â‚¬ 6, open Monday to Saturday from 10 a.m. to 4.30 p.m., lascariswarrooms.com

Marked by Guardian Travel as one of the 13 new must-see European museums, Muza opened in 2018, in a building that was once the seat of the Italian Knights of the Order of St. John. The site offers the opportunity to explore an inn in which the Knights lived during their time on the island. The grand Baroque entrance, courtyard, main staircase and halls have been reconstructed with contemporary materials to exhibit intriguing elements of late 16th century architecture. As a national community museum, one of its missions is to make art accessible to the public; Muza does this by presenting contrasting works of old and contemporary masters. The exhibition Masterpieces at Muza, currently on display, presents 13 ancient masterpieces from a private collection, including paintings by Rubens, FranÃ§ois Boucher, Leonardo da Vinci and Giovanni Bellini.
â‚¬ 10 adult, â‚¬ 7.50 students and people over 60, â‚¬ 5.50 children under 11, not open on Tuesday, muza.mt

Whenever I can, I always take the water taxi service to cross the Grand Port of Valletta to the Three Cities (Birgu, Senglea and Cospicua) and return by traditional boat. Local dghajsa was built in the 17th century for this purpose. Used to transport passengers connecting port cities and also to disembark passengers from arriving ships, boats were the primary form of transportation in port areas. The crossing takes 10 minutes and costs â‚¬ 2. Tourists can opt for a harbor cruise for â‚¬ 8 pp. The real thrill is to feel the waves among the awe-inspiring views of the strongholds of Valletta, Fort St Angelo, Fort Ricasoli and the grandeur of one of Europe’s largest natural harbors.

Fra Nikola Soukmanjiev is a diplomat, priest and tourist guide