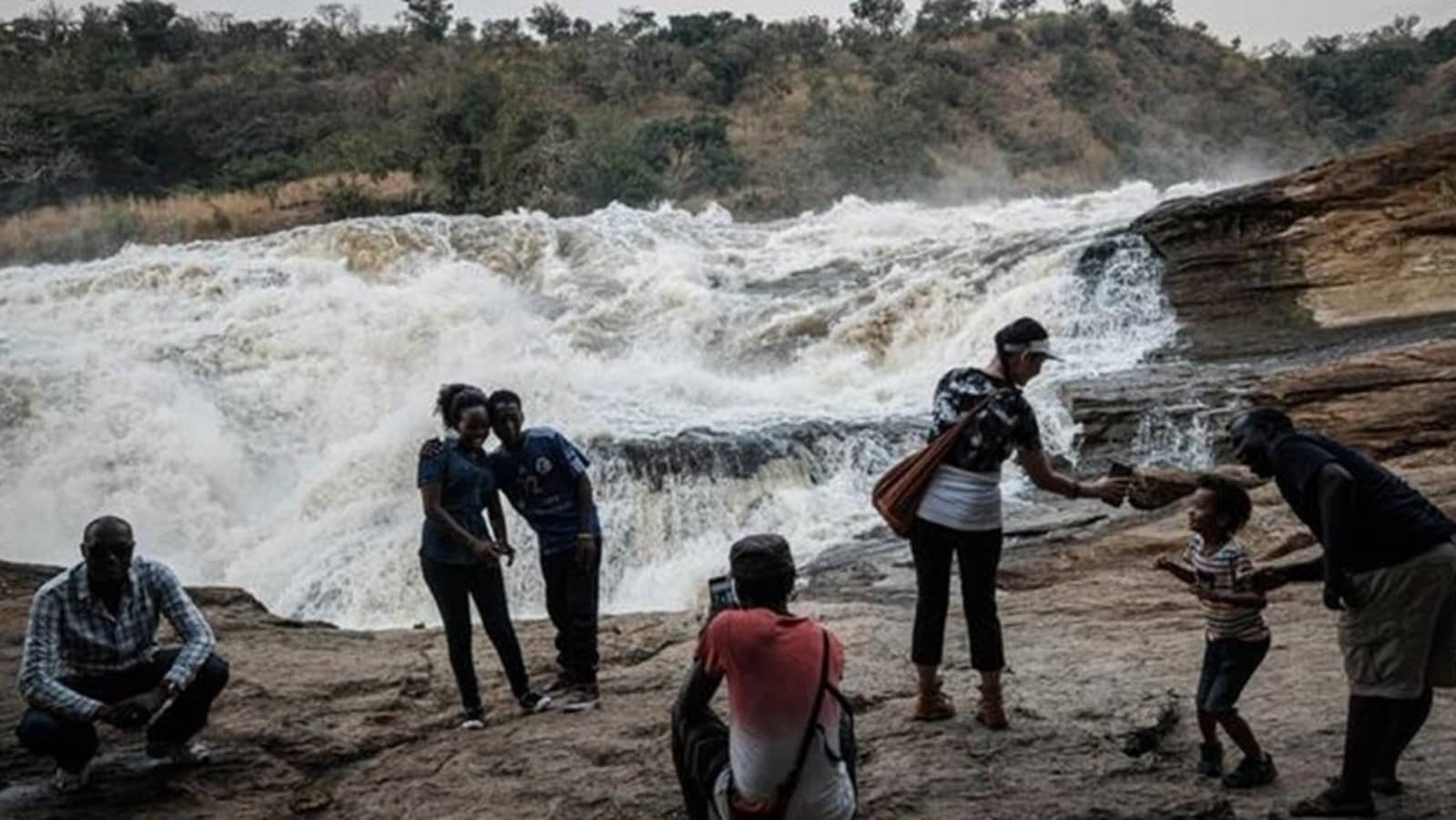 The Zambezi River meanders through the scenic border region between Zambia and Zimbabwe. About halfway through its course, the waters of the Zambezi thunder 110 meters (361 feet) into the depths of Victoria Falls – a spectacular sight that attracts tourists from around the world. (Also read: COVID summary: New Zealand reopens to tourists)

But the falls, one of the seven natural wonders of the world and Africa’s most powerful waterfall, remain largely hidden from view from those who live nearby.

Most Zimbabweans and Zambians cannot afford park entrance fees to view Victoria Falls, and many views of the falls along the river are in the hands of private businesses, such as bars and restaurants. tourist pavilions.

Gift Kashimbaya lives in the Zambian town of Livingston, minutes from the falls.

“You have to go through a few lodges” to see the best part of the Zambezi from Livingstone, she explains. “And sometimes you can go to the Zimbabwe border where you can pay a certain fee.”

Zambian tour operator Donald Chomba says it is problematic that locals are often barred from access to public sites by private companies and tour operators.

“That’s why our local tourism will never hit the market. I wouldn’t be surprised if three-quarters of the people of Zambia have no idea what’s in Victoria Falls,” said Chomba to DW.

“For lodges to start denying locals access or charging them just to enter the premises, I think is a mistake.”

In Lusaka, the Zambian capital, businessman Brian Sakala accuses the government of being unilateral in its way of promoting tourism and its preference for foreigners.

“It is very reckless for you to give inducements to strangers and you are leaving your own people behind,” Sakala said. “God has blessed us with all these things for all of us to enjoy.”

Supporting the domestic market of African countries is now more important than ever, according to Hermione Nevill, tourism expert at the International Finance Corporation (IFC), a partner organization of the World Bank Group.

“In the past, too little was invested in domestic and regional tourism in Africa for the benefit of higher-spending international tourists,” Nevill told DW.

The COVID-19 pandemic, with its travel restrictions, has demonstrated how dependent African countries are on foreign tourists.

“When the pandemic hit, many destinations realized they needed their local people to travel, but really didn’t have any data or information on those markets,” Nevill said. “This makes African destinations fundamentally less resilient than competitors with established national travel cultures.”

Tourism has become vital to African economies over the past 20 years, according to the International Finance Corporation.

In 2019, the industry accounted for around 7% of Africa’s gross domestic product and contributed $169 billion (€160 billion) to the continent’s economy. This is about as much as the combined GDP of Ivory Coast and Kenya.

This figure dropped dramatically to 2.3 million in 2021 due to the pandemic.

This year however, the number of international tourists across Africa is increasing, said Hanneli Slabber, marketing manager at South African Tourism.

But in South Africa, the focus is on the domestic market to sustainably revive the industry, a plan the country adopted in 2020.

“The pandemic has caused more and more South Africans to take day trips, including a number of first-timers, people who have never considered traveling for leisure purposes,” Slabber said. “We’ve worked hard to make sure people know about the different experiences, including those that are absolutely free.”

In February 2022, 1.1 million people traveled within the country, up from 750,000 the previous year, according to Slabber.

The “khaki safari” gives way to the “afrofuturist”

The growth of domestic travel in Africa is quite complicated, however, points out tourism expert Hermione Nevill.

In Africa, the local travel culture starts out very small, Nevill said, which makes the domestic tourism sector more vulnerable when, for example, the economy is weak or the cost of living rises.

South Africa was one of the first countries in the region to adopt a national domestic tourism strategy.

An example is the “Sho’t left” travel campaign, which means “around the corner” in the local vernacular.

The campaign encourages locals to become tourists to South Africa.

During its annual sale week, the tourist office offers domestic travel deals and packages, where prices are reduced by up to 50%.

During other events such as Heritage Month in South Africa, locals are offered free entry to many museums and gardens.

Additionally, she says, investment is increasingly being made in new hotels offering a nature tourism experience different from traditional safaris where Western tourists outfitted in colonial-era safari attire are driven through a park at game.

Another emerging market for a new class of travel, according to Nevill, is younger, digitally savvy “afrofuturist” tourists who are already used to international travel.

The domestic tourism markets of most African countries, with the exception of Kenya and Nigeria, are smaller than those of South Africa.

Yet during the pandemic, many countries on the continent have tried to promote domestic and regional travel by offering discount fares to attract local tourists, Nevill said.

Rwanda, for example, is consulting IFC on a local and regional market development strategy, but already offers tiered price categories for national and domestic visitors.

This article was originally written in German. It was adapted by Benita van Eyssen.