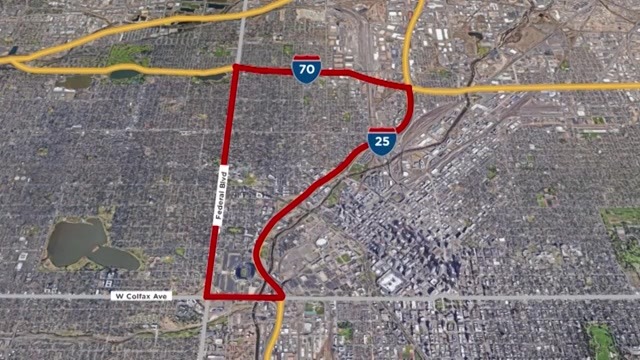 All about North Denver and its rich Mexican-American heritage

DENVER (KDVR) – This is one of the hippest places in Denver, called by many “the Highlands,” the working-class neighborhood that is part of the far north of Denver – and by the latter name the area has a rich Mexican-American history of its own.

When deciding on the best place to step back in time in North Denver, what better place to shoot the breeze with Professor Arturo “Bones” Rodriguez than the iconic Chubby’s restaurant at West 38th Avenu and Lipan Street.

As soon as we walked through the door, the class was in session.

“It used to be a Dairy Queen,” Rodriguez said.

The professor – who got the name “Bones” due to his slender figure while growing up in North Denver – speaks like a proud tour guide with a flair for the finer details.

The 72-year-old has spent half his life educating others, most recently as a professor of Chicano / Chicana studies at the University of Colorado Boulder.

What exactly is considered Northside Denver?

First of all: what exactly is considered Northside Denver?

Generally speaking, Rodriguez considers that northern Denver is bordered, for the most part, by Interstate 70 to the north, Federal Boulevard – or even Wadsworth Boulevard – to the west, Interstate 25 to the east, and Colfax Avenue. South.

“The Mexican-Chicano population came from somewhere. We are indigenous. Can you imagine this region – right here – there were 30 treaties that were signed by native cultures? Said Rodriguez. Then, the region “was colonized by Germans, Irish, Asians also, in the lower north”, followed by Italian-Americans, then Mexican-Americans.

Many newcomers to the area – who call this particular stretch ‘the Highlands’ have a bit of history on their side.

Rodriguez said that North Denver makes up the neighborhoods of Sunnyside, Highlands, West Highlands and Berkeley.

Northside Pride in the midst of a changing landscape

I spent part of my childhood in North Denver. My grandparents actually owned a house just down the street at West 29th Avenue and Hooker Street. I remember my grandfather taking me to this 32nd Avenue building – now known as the Three Dogs Tavern – to buy meat and have my hair cut.

It was in the mid-1970s. I remember the area near the intersection of 32nd and Lowell – now trendy shops, bars and restaurants – being mostly Mexican-American run businesses. .

For Rodriguez, he said that much of the Mexican-American movement in North Denver from the 60s to the present day lies in the roots of the new La Raza Park.

“The first name was the Northside Playground Park,” said Rodriguez, later to be called Columbus Park, which people contested until it was renamed La Raza – meaning “the people” – in 2020.

“The importance for the neighborhood was empowerment, cultural improvement – changing something for the positive,” Rodriguez said.

Rodriguez said the concept of gentrification can be a good thing, albeit difficult.

“For young people, I know where they come from: ‘Northside Pride’. Hope the gentrifiers – they will take that pride from Northside, ”Rodriguez said.

And while the face of North Denver may continue to undergo cosmetic changes, the heart, soul, and history are at home to stay for those who work to keep it alive.

“We have a cultural and historical gem here and the story needs to be told,” Rodriguez said. “It’s going to change, it’s going to keep changing and we really have to be human about this change.”

Treasure Shenaz Tours Cordelia Cruise Ship: “You May Have Seen It In The News” Bollywood