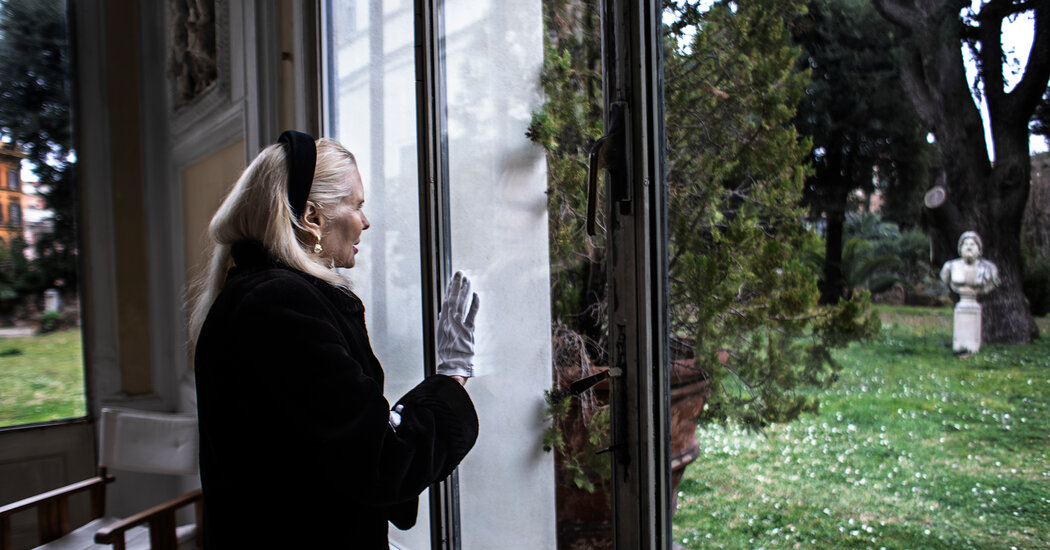 An Italian princess from Texas awaits her next act

What the former novelist (“Conglomerate”, 1985) describes as a great love affair had a twist in 2015, when the prince’s second wife, Princess Ludmilla Boncompagni Ludovisi of Saint Petersburg, Russia, began proceedings for the seizure of the villa, because her ex-husband had stopped paying her alimony.

It was no surprise, according to Prince Bante, one of three sons from Prince Nicolò’s first marriage. He described his father as a drunken waster who hunted women, squandered a fortune and sold family heirlooms to pay for minimal essential renovations. He refers to his father’s widow as Mrs. Carpenter, a “gold digger” who lives in the “peasant” quarters of the villa – and much, much worse.

Prince Bante said he and his brothers, who are also fighting over the inheritance among themselves, had become convinced that Princess Rita did not have their father’s best interests or longevity at heart and that she left him drinking to death in 2018. Princess Rita pointed to a brother and sister’s run-ins with the law a conviction for fraud against another. She called Prince Bante a “borderline personality” who once laid hands on her, a charge he denies.

For the princess, the past few years have been a constant battle.

In December 2020, while recovering at home from a fall that broke her kneecap and arm, the stepsons, joined by officials from the Italian Ministry of Culture, entered for a random inspection of the villa, which is an Italian cultural treasure. They found a leak and demanded it be fixed immediately, prompting the princess, she said, to call restaurateur Nello Balan, namesake of Manhattan hotspot Nello’s, with whom she was linked in a romantic way. (“We’re really, really good friends,” she said shyly.)

She considers the inspection to amount to a home invasion.