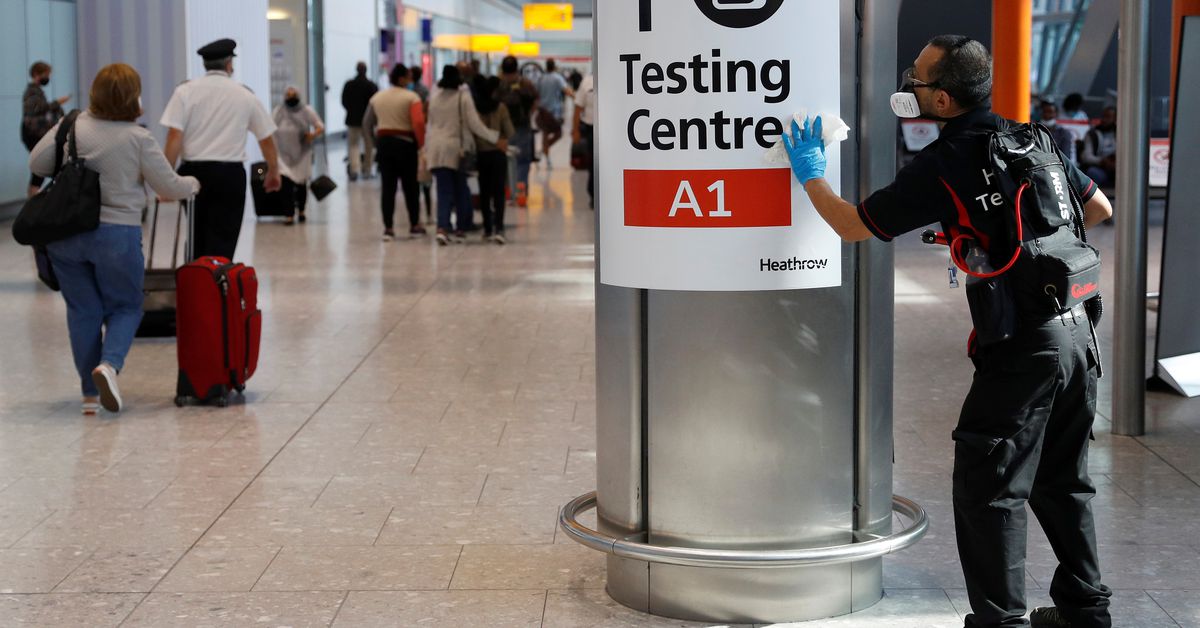 But a rule change could be announced later on Friday.

Airports, airlines and travel agencies have warned the government of more job losses if it does not remove private testing and the so-called traffic light system that classifies destinations as green, amber and more. Red.

“There are hundreds of businesses that will not survive this winter unless changes are made,” TUI UK managing director Andrew Flintham told Sky News on Friday.

According to reports, the government will remove the requirement for fully vaccinated travelers to take a lateral flow test before leaving their destination and an expensive PCR test upon their return to Britain, which can add hundreds of pounds per person to a trip.

The ministers will also simplify the destination categories into low or high risk categories, removing amber, the Times newspaper reported, many countries, including the popular destination Turkey, should be removed from the high risk red list.

Flintham said any new system would be better than the current setup.

“It will improve if we move away from the draconian measures that we are really using right now,” he said.

Data shows the UK recovery is lagging behind. Flights to the UK were down 39% from pre-pandemic levels for the two weeks through early September 6, while France, Spain and Italy were down between 24 and 28%, according to Eurocontrol.

On Britain’s red list there are currently 62 countries, a designation that requires 11 nights in a quarantine hotel at a cost of over Â£ 2,000. Quarantine hotels should remain in place for redlisted arrivals.

Any changes to travel rules will apply to England, but decentralized administrations in Scotland, Wales and Northern Ireland may later follow suit. More than 135,000 people in Britain have died in the pandemic.