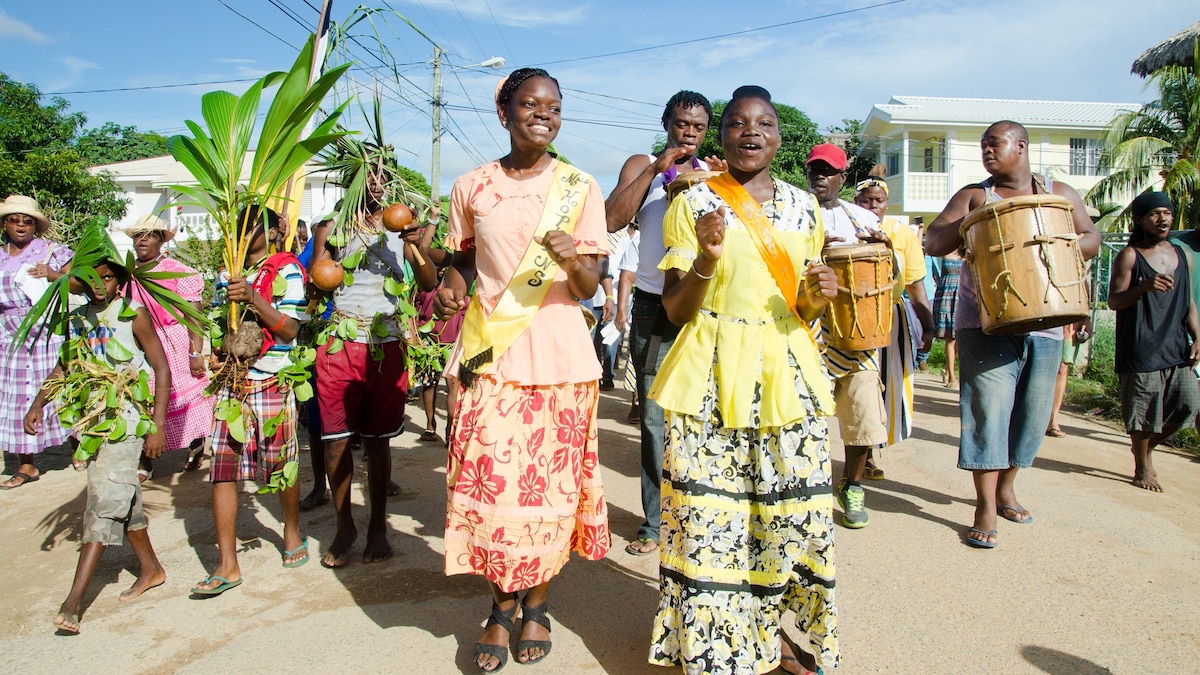 Can songs save a dying language?

For centuries, the Afro-indigenous Garifuna people of Central America have kept alive the oral history of the culture through the native language of their ancestors. But decades of modernization, haphazard mother tongue training in Garifuna schools, intermarriage between cultures, and the ridicule of young people who speak the language, have collectively led to Garifuna being listed on the Atlas of Endangered Languages. from UNESCO in 2001. Today, linguists estimate that there are about 100,000 speakers left.

The threat of language extinction is not new. Some linguists believe that a language dies every two weeks, as some languages ​​become dominant tools of social and economic exchange, while others are pushed to the margins.

But there are also ways to save at-risk languages. The key is that language should be seen less as preserved“but is part of their present and their future,” says Liliana Sánchez, a linguist and professor at the University of Illinois at Chicago.

This is exactly what the Garinagu (Garifuna people) do. For the past two decades, Garifuna artists have used a cultural cornerstone – lively dance music – to inspire young Garinagu to learn and share their native language. Now, with a new Garifuna Tourism Trail project in Belize, travelers can also experience and support the cultural renaissance.

According to oral history, the Garinagu are descended from a group of West Africans who survived the sinking of their slave ship in the Caribbean Sea in the 1600s. The survivors swam to the island of Saint Vincent, now part of the Caribbean country of Saint Vincent and the Grenadines. They spent over a century settling and intermarrying with the native Carib-Arawak population of the island, ultimately creating the Garifuna culture.

For nearly a hundred years, the Garinagu fought against the colonization of Saint-Vincent. The British took the island in the late 1700s and then exiled the surviving Garinagu to Honduras. From there, they dispersed to Nicaragua, Guatemala and Belize, where, as a fishing-centric culture, they settled in coastal communities.

Alvin Laredo, a Garifuna tour guide from the village of Barranco in southern Belize, says modern Garinagu need more than stories, but actual language, to grasp their ancestors’ courageous stand against slavery. Without it, he says, their culture will never be whole. “If you lose your language, you lose your roots,” he says. “It will dismantle all the ancestors they worked on.”

(Learn about the race to save the world’s endangered languages.)

Laredo adds that much of the history of the ancestors is passed down not only in words, but also in songs and dances, such as the jankunu. In this satirical dance, performed alongside drums during the Christmas and New Year holidays, the Garinagu wear white masks and colonial clothing to mock English slave masters.

The power of song

Elements of Garifuna culture, including music, dance and language, were inscribed on UNESCO’s list of Masterpieces of Oral and Intangible Heritage of Humanity in 2001. Roughly at Around the same time, Garifuna musicians and cultural activists hatched a plan: to create irresistible, fully sung melodies. in Garifuna, to rally young Garinagu to embrace the culture and learn the language.

Or, as singer, songwriter and UNESCO peace artist Andy Palacio from Belize put it in a 2007 interview: Make Garifuna culture ‘cool’.

Point rock did just that. Traditional point relies heavily on drums and maracas, with sounds that echo those of the African ancestors of the Garinagu. Parandaanother style of classical Garifuna music, adds guitar to the melodies, hinting at the culture’s Central American influence.

Punta Rock is “the one that really explodes,” Laredo says. It’s similar to punta, but with a keyboard, electric guitar and horns – the perfect mix to wow the world stage.

Palacio, a leader in cultural renaissance, brought together Garifuna musicians across Central America to form the Garifuna Collective in 2007. Their Garifuna lyrics sent a powerful message: it’s time to defend our culture.

Several world tours and international music awards later, the Garifuna collective “put Garifuna on the international map and took Belize with them,” says Laredo. Although Palacio died in 2008, his words and the work of Garifuna music activists across Central America lit a cultural flame for Garinagu around the world.

“The music intrigued me along with the culture; it became an identity,” says Kevin Ramirez, a Garifuna musician and producer based in New York, where his parents, both Garifuna, immigrated from Honduras. Ramirez grew up learning about his family’s culture, but, as a Garifuna American, he struggled to understand his identity. “I’m black, but black Americans didn’t kiss me because I spoke Spanish; I spoke Spanish, but Latinos didn’t kiss me because I’m black.

(How to travel the world—by radio.)

He found a sense of belonging after visiting Honduras and attending live Garifuna music performances; these trips inspired him to create Hagucha Records, one of today’s top Garifuna record labels. Its history of cultural recuperation, of refining and spreading culture and language through song, reflects the journey of many contemporary Garifuna artists.

Take musician James Lovell, who adopted the language at 16 to follow in the footsteps of his favorite Belizean musician and cultural revivalist, Pen Cayetano, “the king of punta rock.” Lovell became part of a larger grassroots effort to teach the language in New York. Increasingly, many Garifuna language lessons are now available online.

Another group of musicians were inspired by Palacio’s message: the founders of Battle of the Drums, an international music competition in Belize. This renowned team helps elementary and secondary schools in Belize teach Garifuna culture and language through music – a strategy borrowed from other language teachers who teach Garifuna through song.

Will music save the Garifuna language? Time will tell us. Garifuna remains on UNESCO’s list of endangered languages, last updated in 2010. And, as Hawaiians learned to revitalize their own language after colonization, this kind of revival is a long, multi-generational road. .

The supporting role of tourism

The revival of the Garifuna language has a welcome new impetus: Belize’s Garifuna Tourism Trail, which was officially launched in March 2022. Similar to the country’s well-known Mayan cultural experiences, this trail is Belize’s first collective push to promote the Garifuna tourism experiences. Instead of following a “dancers in resorts” tourism model, the Garinagu invite travelers to experience them and connect with them where they live and on their terms.

The grant-funded initiative, led by the Belize Tourism Board and the Caribbean Tourism Organization, includes 50 Garifuna-owned businesses in Dangriga and Hopkins, two cultural centers on Belize’s south coast. As the trail grows, organizers hope to add more local businesses to the mix.

Experiences range from taking music lessons at Lebeha Drumming Center in Hopkins to admiring traditional art at Garinagu Crafts and Art Gallery in Dangriga. Goals for completion of the trail in 2024 include training tour guides and expanding to other Garifuna towns.

Tourism alone will not save a language; a lasting revival must take root with the native speakers themselves. But tourism box provide an effective incentive for language retention: income. Sánchez says more economic opportunity, coupled with pride in their cultural identity, could help motivate young Garinagu to continue learning the language.

There’s another, perhaps unexpected, place where Laredo and Ramirez find hope for the future of their ancestors’ culture: TikTok, where punta-rock videos with new versions of the song and the traditional Garifuna dance have collectively garnered 800 million views, and counting.

Where to Experience Belize’s Garifuna Culture