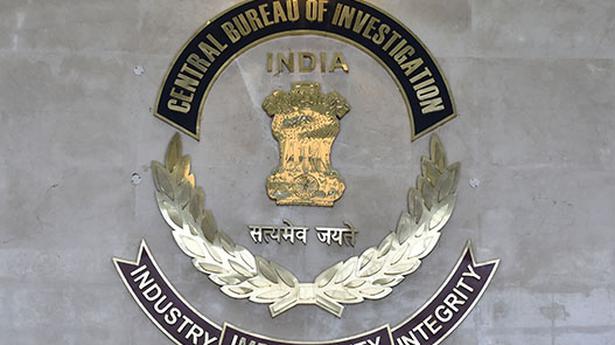 According to FIR, the official engaged in cheating and tampering with the help of a private travel agency in Bengaluru

According to FIR, the official engaged in cheating and tampering with the help of a private travel agency in Bengaluru

The Central Bureau of Investigation (CBI) has hired senior Bank Note Press (BNP) official Dewas and a travel agency for allegedly submitting inflated travel bills and demanding reimbursement for his four overseas tours in 2015 and 2017.

The case was registered on a complaint by the Security Printing and Minting Corporation of India Limited (SPMCIL), under which BNP Dewas operates. It is alleged that Mr Bylappa engaged in cheating and forgery by manipulating his own travel allowance invoice from overseas trips in a conspiracy with Bengaluru-based Meridien Air Travel.

According to the First Information Report (FIR), the Head of Vigilance of the SPMCIL initially received a communication on March 20, 2018 from the Central Vigilance Commission with instructions to investigate a complaint alleging that Mr. Bylappa allegedly manipulated his travel bills.

It was alleged that he submitted inflated claims of over ₹3.83 lakh for a tour from May 21 to May 31, 2016, to attend the banknote conference in the United States. The actual cost of his ticket was around ₹1.76 lakh and he had taken his wife with him, according to the FIR.

The accused had withheld information about his visit to Amsterdam during a November 2017 tour for a pre-shipment inspection of Watermarked Bank Note (CWBN) paper in Germany. He claimed an amount of around ₹3 lakh as the travel fare, while his ticket cost was ₹2.06 lakh. Following this, he had also traveled to Amsterdam, but in the documents he showed the tour itinerary from Mumbai to Munich, then to Paris and back to Mumbai.

In another case, he had traveled to Switzerland in November 2015 for the inspection of CWBN paper, for which he claimed more than ₹2.31 lakh. However, the cost of his tickets was ₹94,092 and he had taken his wife with him on the tour.

The fourth trip was to Malaysia in May 2017 to attend the currency conference, for which the accused official also inflated bills and demanded reimbursement.

During the initial investigation, the allegations were established “prima facie”, following which the case was registered.

A guide to New Orleans for families

Destination BC provides $4.2 million for collaborative tourism marketing initiatives in communities across the province