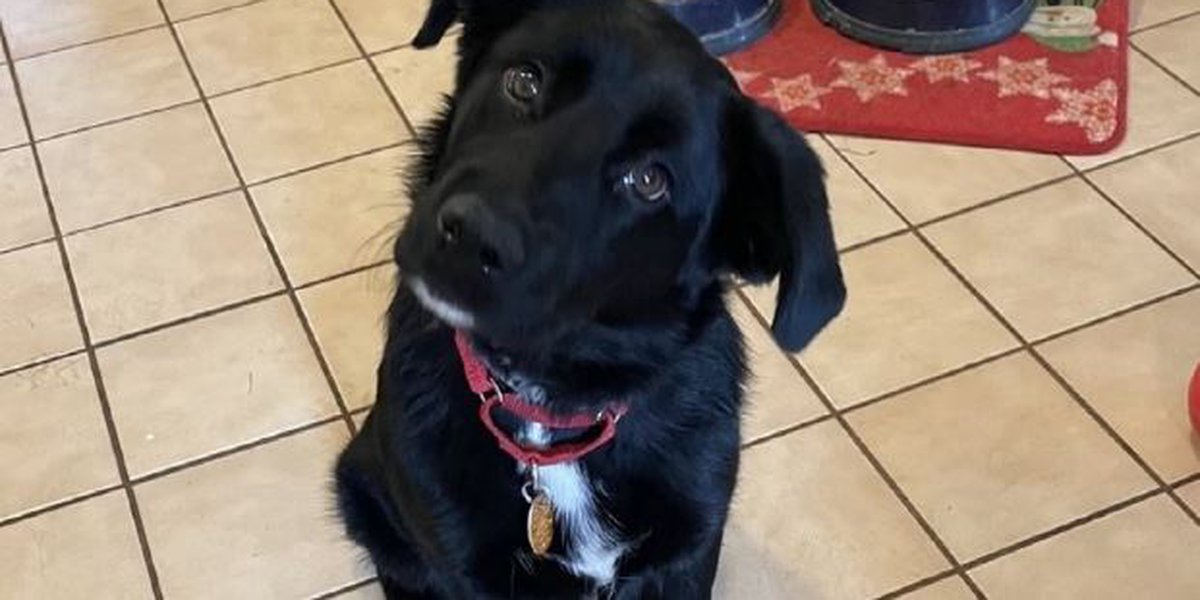 WATERTOWN, N.Y. (WWNY) — When you’re motocrossing, the last thing you’d probably expect to come back with is a new dog and no bike. But that’s exactly what happened to Cam’s Pizzeria owner Matt Strader and his wife when they met Lucky.

Lucky is like any other dog – running, playing and begging for treats.

But Lucky’s story could have turned out very differently had it not been for a chance encounter with Matt Strader and his wife at a gas station in the Arizona desert.

“We could tell he was hungry. He didn’t want to leave us alone, but he wasn’t getting close enough to touch him,” Strader said.

He and his wife were on a cross-country motorcycle trip and prepaid a Grand Canyon tour the next day. But after meeting the malnourished and overheated pup, the Straders’ journey was over.

The next steps were not easy. First, strangers helped the Straders bring the pup to the nearest shelter 150 miles away. It was full so the Straders decided that Lucky was coming back up north.

“So now here we are. We are 2,000 miles from home. We have two motorcycles and a dog. I don’t know how we’re going to bring this little guy home,” Strader said.

The two left their bikes at a dealership and hired a car for the trip back to Watertown, the new Lucky in tow.

“It took us about 5 days to get from Salt Lake City to Watertown with him. Every day was better,” Strader said.

When Strader first took in Lucky, the dog was quite temperamental. Now he’s doing everything he can to teach her that not everyone is bad.

“Now he loves getting in the car. We let him out and he plays on his own in the yard and he comes when we call him,” Strader said.

After returning home, the Straders returned west to collect their bikes. Suffice to say it was worth it.