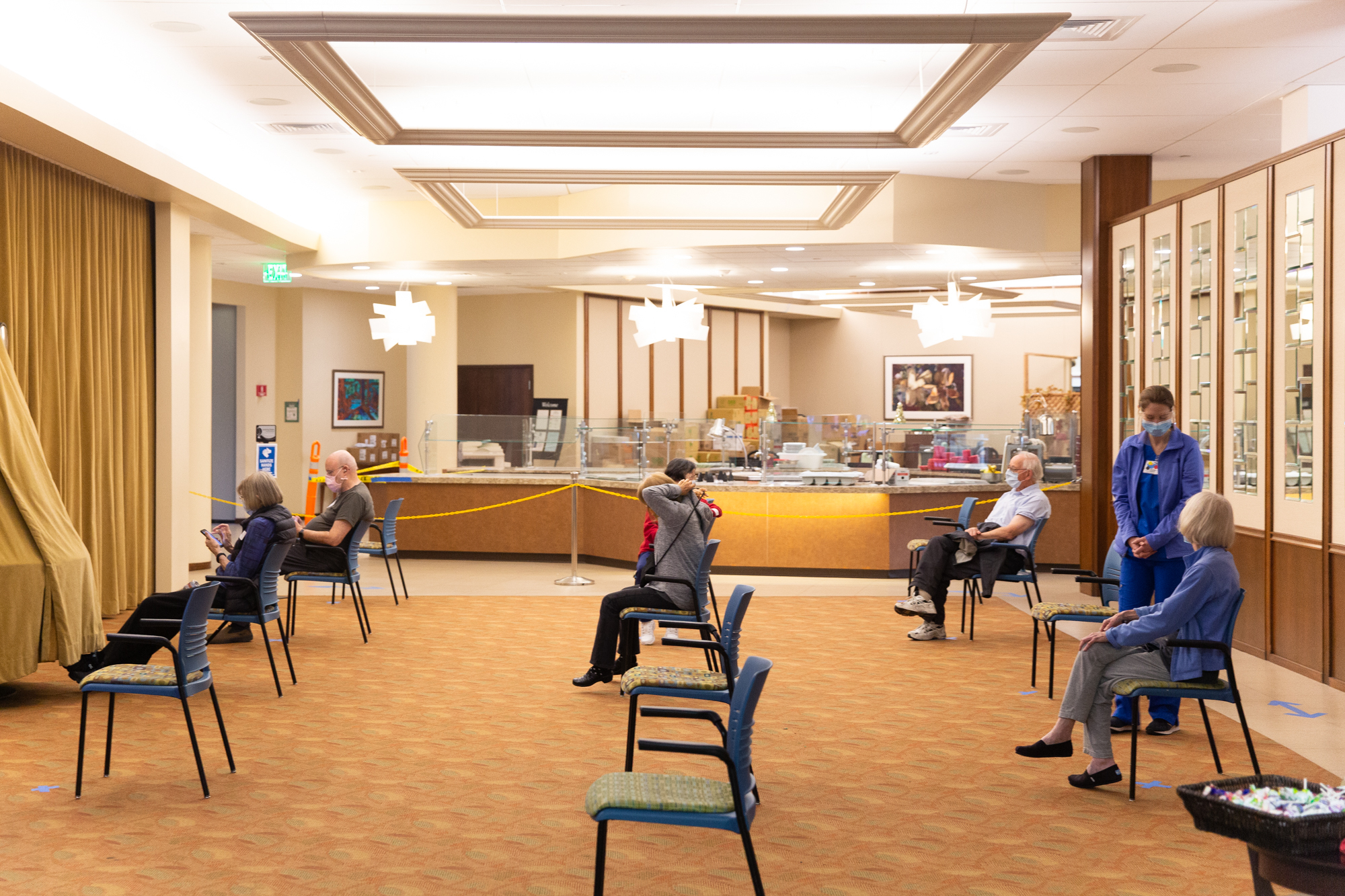 A dozen residential and skilled nursing facilities in Palo Alto, Mountain View and Los Altos have experienced outbreaks of COVID-19 in the past two months, according to data from county and state public health departments.

But unlike previous outbreaks of other variants, the illnesses caused this time have been less severe and are affecting fewer patients, directors of local long-term care facilities said Wednesday.

In Mountain View, Grant Cuesta Subacute and Rehabilitation Center had the most cases, at 56. Villa Siena Residential Facility had 14 cases.

The Los Altos Subacute and Rehabilitation Center has had 52 cases and The Terraces at Los Altos has had 28 cases.

The Avant of Palo Alto Commons residence, which reported the first outbreak on Nov. 29, had fewer than 11 cases.

Most facilities started reporting their cases around or just after the Christmas holidays. Some started as early as Dec. 15, according to county data.

The current outbreaks have largely been among healthcare workers, which include everyone from cleaners to catering and nursing staff. Children who have returned to school and family members who have contracted the virus after exposure at work are a major contributor to healthcare worker infections, facility leaders said.

“This time it’s less scary. We knew it was coming,” said Rhonda Bekkedahl, CEO and Executive Director of Channing House. The Palo Alto congregate care and independent living community has had fewer than 11 cases since Jan. 4, according to Santa Clara County Public Health Department data through Jan. 27.

Bekkedahl said they knew there was “a great possibility” of an outbreak, which was emphasized during weekly conference calls between long-term care providers and the California Department of Public Health, a she declared. But 100% of Channing House residents are fully vaccinated and boosted and almost 100% of staff as well, reducing the number of potential cases.

Healthcare workers are also using face shields and are encouraged to avoid large gatherings. The result of all the effort has been milder cases among those who do get sick, she said.

Yet one difference during this wave is that children, who have resumed in-person learning, are contracting COVID-19. More workers have tested positive than residents, and staff members who have been infected have children at school and spouses at work who have contracted the virus, she said.

Channing House has prepared for a labor shortage through cross-training of staff, she said.

Channing House and other long-term care facilities are also closely tracking a state order that went into effect Jan. 7 and is due to expire Feb. 7. Visitors are required to present proof of a negative PCR test within 48 hours of arrival. facility or a negative rapid test if performed in the presence of staff.

However, PCR turnaround times have lagged and rapid test kits have been in short supply, preventing some families from seeing loved ones.

“It effectively ended the visitation. It was a very frustrating situation for our families,” Bekkedahl said.

Mary McMullin, chief strategist and head of advancement at Covia Communities, which operates Webster House in Palo Alto, said they had also been warned of the potential volume of omicron cases that could emerge.

Still, “there has been little transmission from staff to residents. This shows our infection prevention protocols have been working,” she said.

As of February 2, their residential community had a total of one resident and five staff members infected since December 24. The health care/skilled nursing center had 11 residents and 26 staff members testing positive since Dec. 29, McMullin said. No one has been hospitalized and the cases have been mostly asymptomatic or mild.

The omicron variant was more contagious, she said.

“It passed quickly and now it’s passed quickly,” she said, noting that facilities are now on the downward slope of the outbreak. Staff have largely returned to work, she added.

Moldaw Family Residences in Palo Alto had 24 cases from Dec. 21 to Jan. 27, according to county data. They currently have one asymptomatic case as of Feb. 2, executive director Elyse Gerson said.

About half of the cases were residents and the other half were staff. Many residents live independently and went to restaurants and see family, which is how they were exposed to the virus, Gerson said.

Last August, Moldova had an outbreak of the delta variant, which spread immediately, Gerson said. Since then, they have carried out weekly preventive tests to “nip the problem in the bud”.

“Part of it has to do with muscle memory. We’ve been doing this for two years and we’ve taken extra precautions.”

Moldaw looked for creative ways to connect people. Instead of communal dinners and other get-togethers, there are 5:30 p.m. Zoom meeting dinners and virtual trips to China with a live tour guide to keep people engaged and connected, she said.