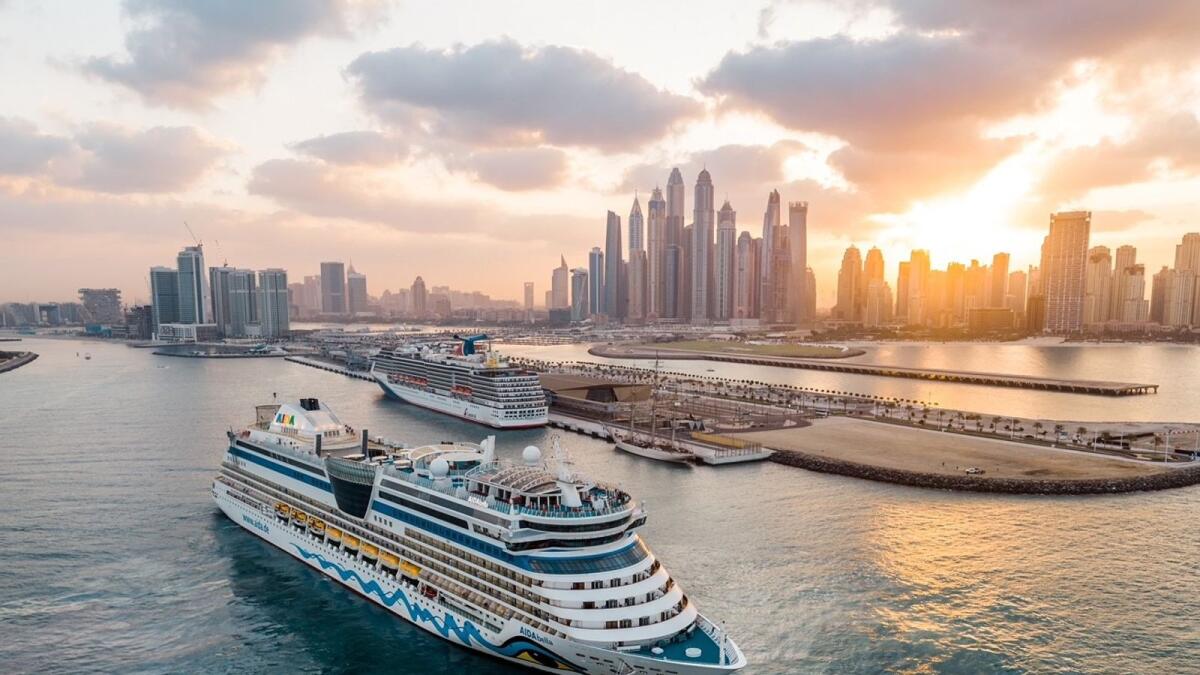 With its robust infrastructure and state-of-the-art facilities that can accommodate the largest ships in the world, the city is a hub for cruise tourism.

Underlining Dubai’s status as the region’s main cruise hub, the emirate is expected to welcome 900,000 cruise tourists during the 2022-2023 season, which will begin with the arrival of cruise liner TUI Cruises (Mein Schiff 6) at Hamdan bin Mohammed cruise terminal. , Mina Rashid, October 29.

The 2022-2023 season is expected to see 166 ship calls between Mina Rashid and the Port of Dubai, and will attract around 900,000 cruise passengers and crew.

Commenting on the occasion, Sheikh Mansoor bin Mohammed bin Rashid Al Maktoum, Chairman of the Dubai Border Security Council, said: “The strong outlook for Dubai’s 2022-2023 cruise season will help accelerate its drive to achieve the vision of His Highness Sheikh Mohammed bin Rashid Al Maktoum, Vice President and Prime Minister of the United Arab Emirates and Ruler of Dubai, to make Dubai the most visited destination in the world and the best city in which to live and work. 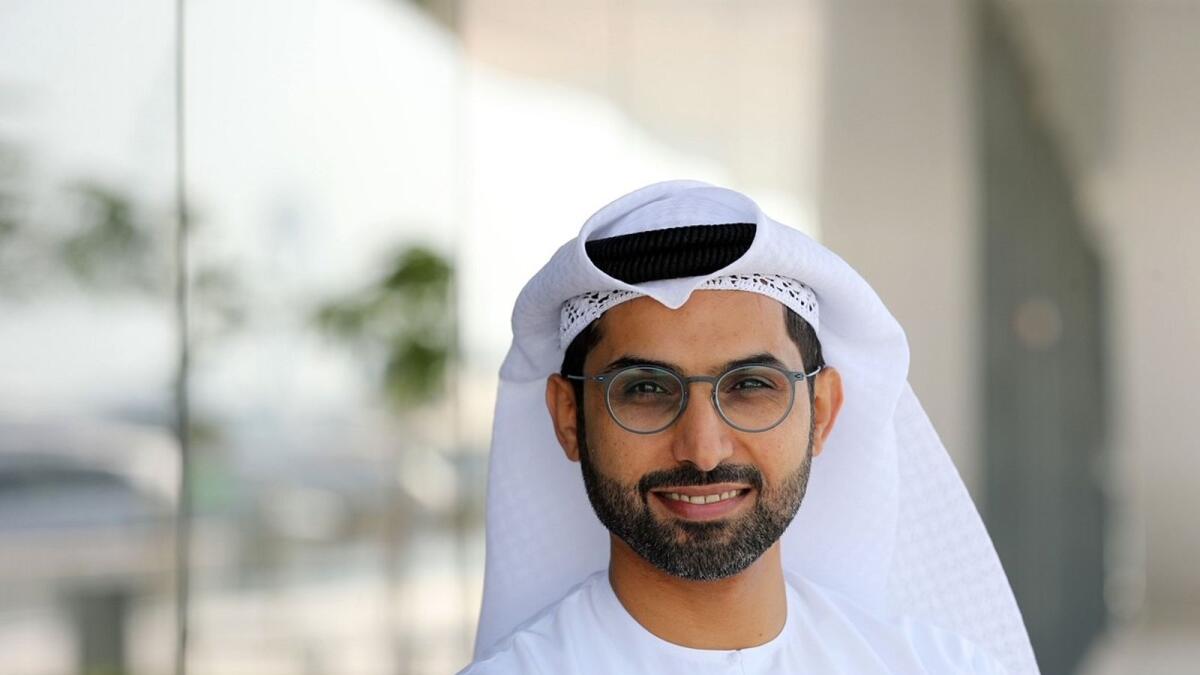 He added: “The cruise industry is an integral part of Dubai’s tourism sector and plays an important role in strengthening the emirate’s status as a global tourism hub. Dubai’s robust port infrastructure and state-of-the-art terminals can accommodate some of the largest cruise ships in the world, furthering the city’s reputation as one of the world’s most advanced cruise destinations. world and a key gateway to regional and international cruise itineraries.

“The predicted increase in the number of cruise liners and passengers visiting the city’s shores this season is driven by Dubai’s exceptional maritime infrastructure and the availability of some of the world’s most notable tourist attractions. Dubai’s position at the forefront of the international tourism rebound underscores its emergence as a cruise tourism hub. 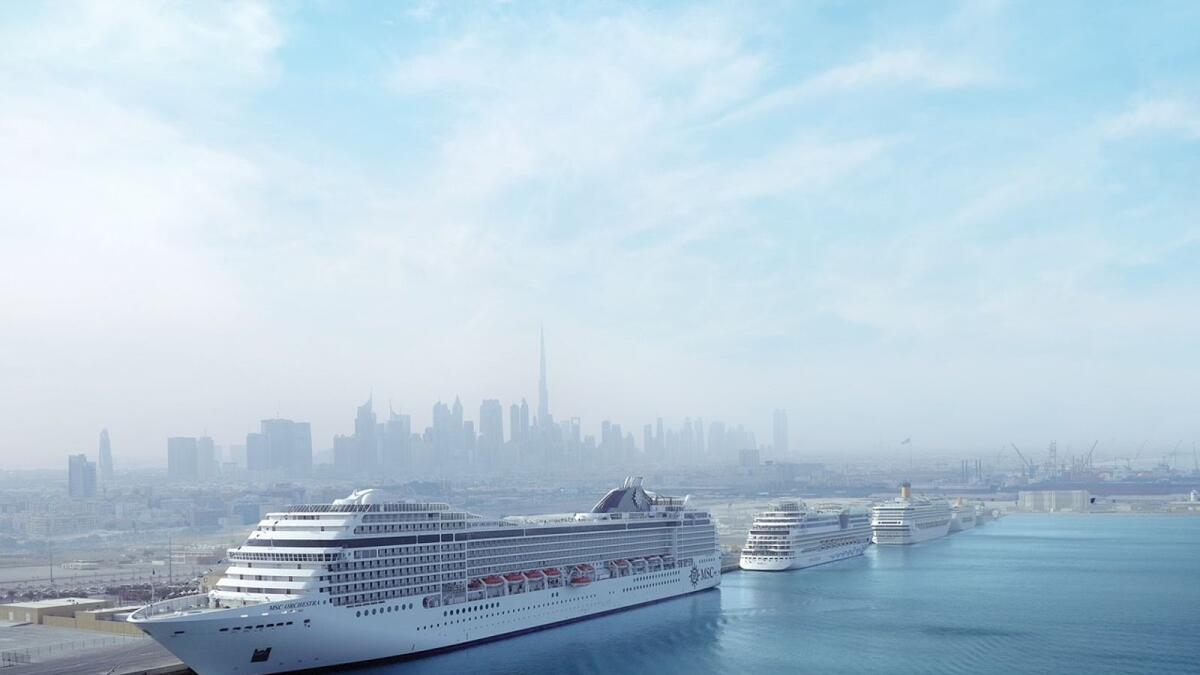 Several cruise liners arriving in Dubai have highlighted their commitment to sustainability and decarbonization. Coupled with energy-efficient infrastructure and facilities at Dubai Ports, this will help achieve the ambitious sustainability goals set out in the UAE’s commitment to the United Nations Sustainable Development Goals and the Net Zero initiative. 2050 from the United Arab Emirates.

The cruise industry continues to contribute significantly to the city’s tourism sector and is expected to build on the remarkable rebound in Dubai’s wider tourism sector. Dubai received 98 ship calls and over 338,697 passengers and crew during the 2021-2022 cruise season.

Sultan Ahmed bin Sulayem, Group Chairman and CEO of DP World, said: “Cruise tourism has become an increasingly important contributor to Dubai’s economy. The emirate’s central location, halfway between Europe and Asia, is key to its success as a primary home port for cruise ships in the Persian Gulf and the wider Middle East and its popularity as one of the top destinations. 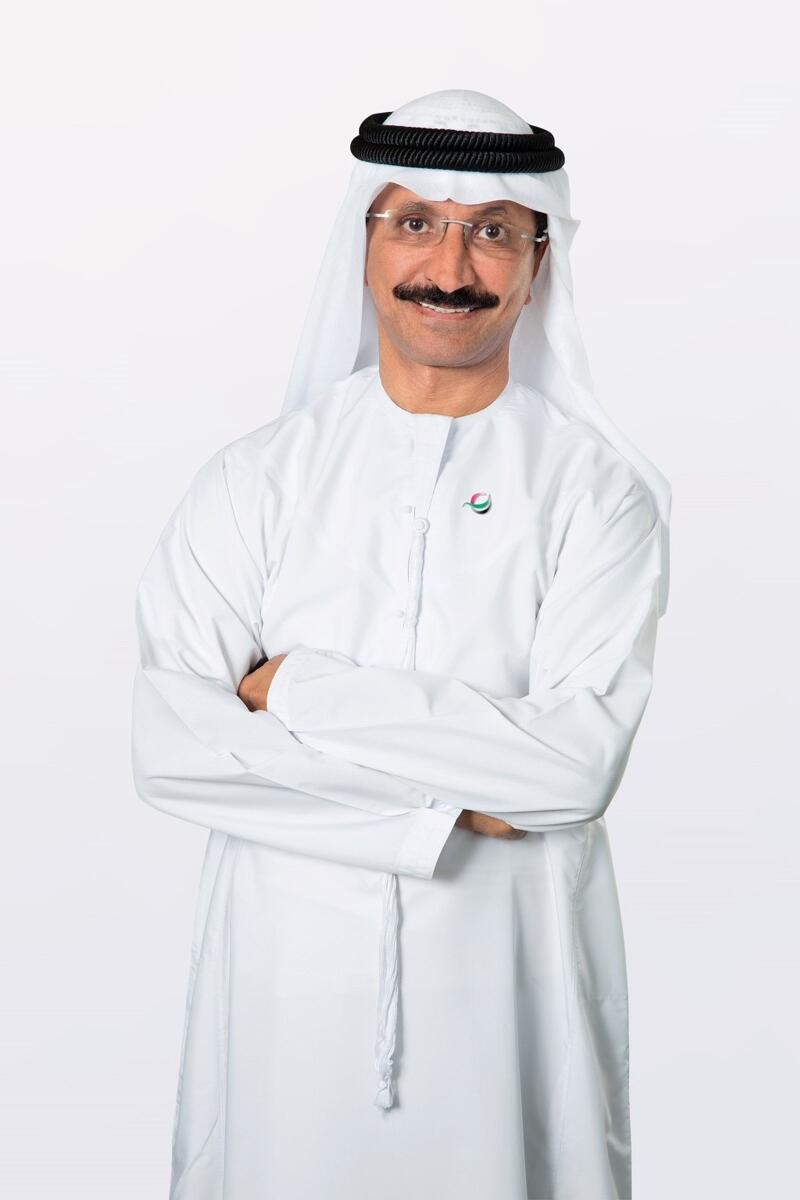 Due to Dubai’s strengths, including decades of investment in the tourism industry and the expansion of cruise terminals, we expect another robust winter for the 2022-2023 season. At our cruise terminals, we anticipate 123 calls from some of the largest cruise operators, representing a 100% increase over last season. Additionally, passenger and crew entries are expected to reach around 600,000, more than double the previous season.

Helal Saeed Al Marri, Director General of Dubai’s Department of Economy and Tourism, said: “Dubai continues to chart a steady course to strengthen its position as the region’s premier cruise destination, in line with the vision of the leaders of making the city the most wanted city in the world. -after the travel destination. 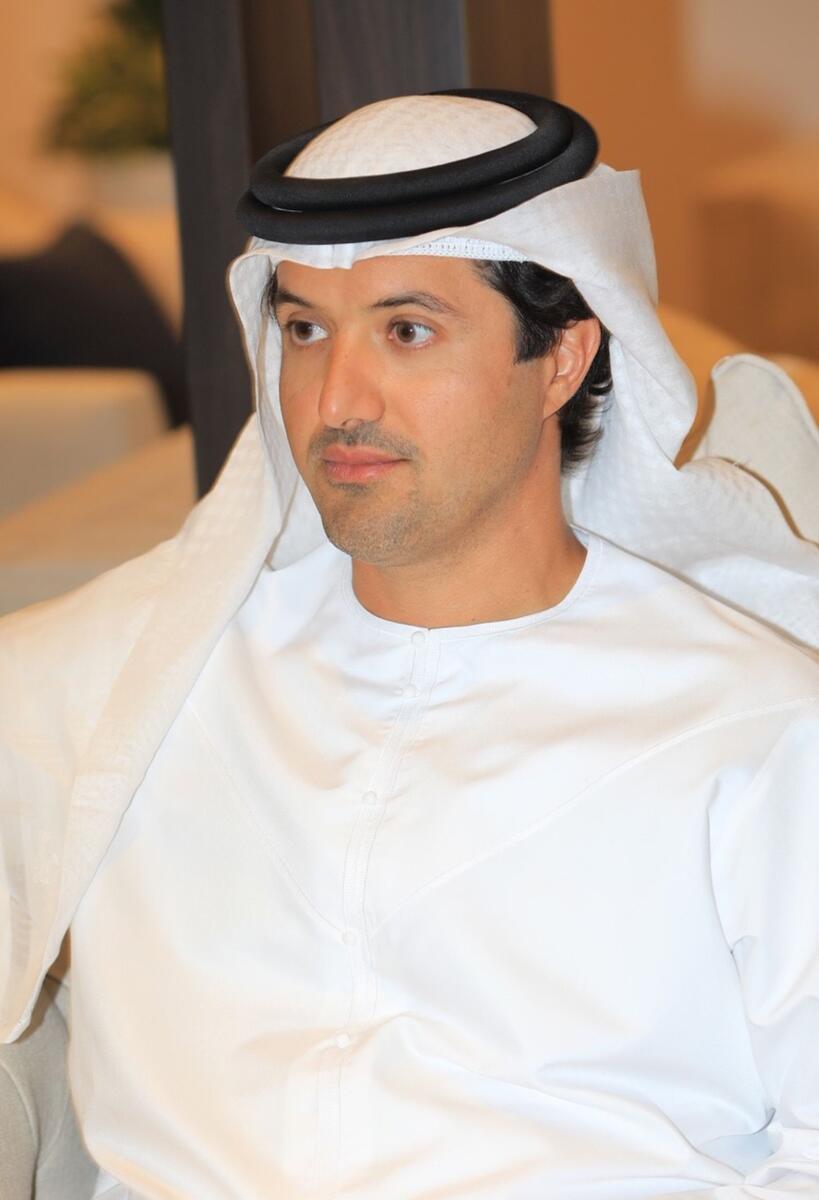 As the world’s best luxury liners head to Dubai during the new cruise season, we will work with our partners to encourage cruise passengers to take advantage of the destination’s diverse offerings, especially our unique winter sun proposition. Dubai remains a model for the recovery of global tourism. We look forward to another successful cruise season as the launch pad to generate new momentum in the regional cruise industry and maintain Dubai’s position as a global tourism hub.

Abdulla Binhabtoor, Director of Portfolio Management, Shamal Holding, said, “Following the successful launch of the Eastern Hemisphere’s largest self-contained dedicated twin cruise terminal, we have a positive outlook for the upcoming cruise season. With CS Aida Cosma and CS Costa Toscana homeporting at Dubai Port Cruise Terminals as well as the arrival of other world-class cruise liners, we will welcome thousands of passengers, acting as a natural gateway to the attractions Dubai has to offer. 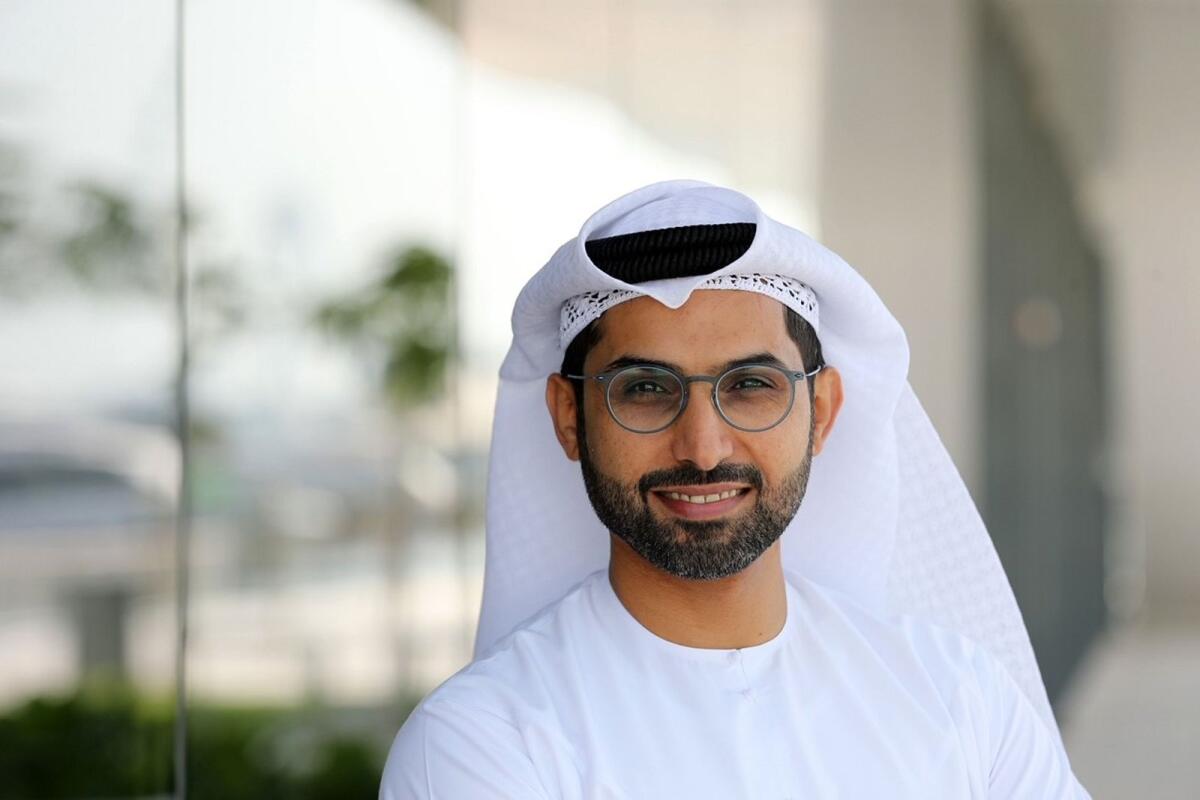 We look forward to building on last year’s efforts and providing the world-class infrastructure, facilities and seamless experience needed to support the region’s maritime tourism, contributing to Dubai’s ambition to become the most visited city in the world.

Dubai has taken significant steps to facilitate cruise travel through the continued development of ports and cruise terminal infrastructure, hassle-free entry procedures and visa facilities, and enhanced collaborations with key players. and industry stakeholders to further boost cruise visits. Its popularity as a cruise destination has grown dramatically over the past decade, leading the world’s largest cruise liners to routinely include Dubai as a port of call in their cruise itineraries.

Notable facilities include the award-winning Hamdan bin Mohammed cruise terminal at Mina Rashid, capable of handling seven mega-cruise ships and 14,000 cruise passengers simultaneously. Additionally, the Port of Dubai Cruise Terminal has the most advanced facilities, including bespoke seaport passenger boarding bridges. Strategically located in the heart of new Dubai, close to international airports and iconic tourist attractions, it can handle 3,250 passengers per hour per terminal.