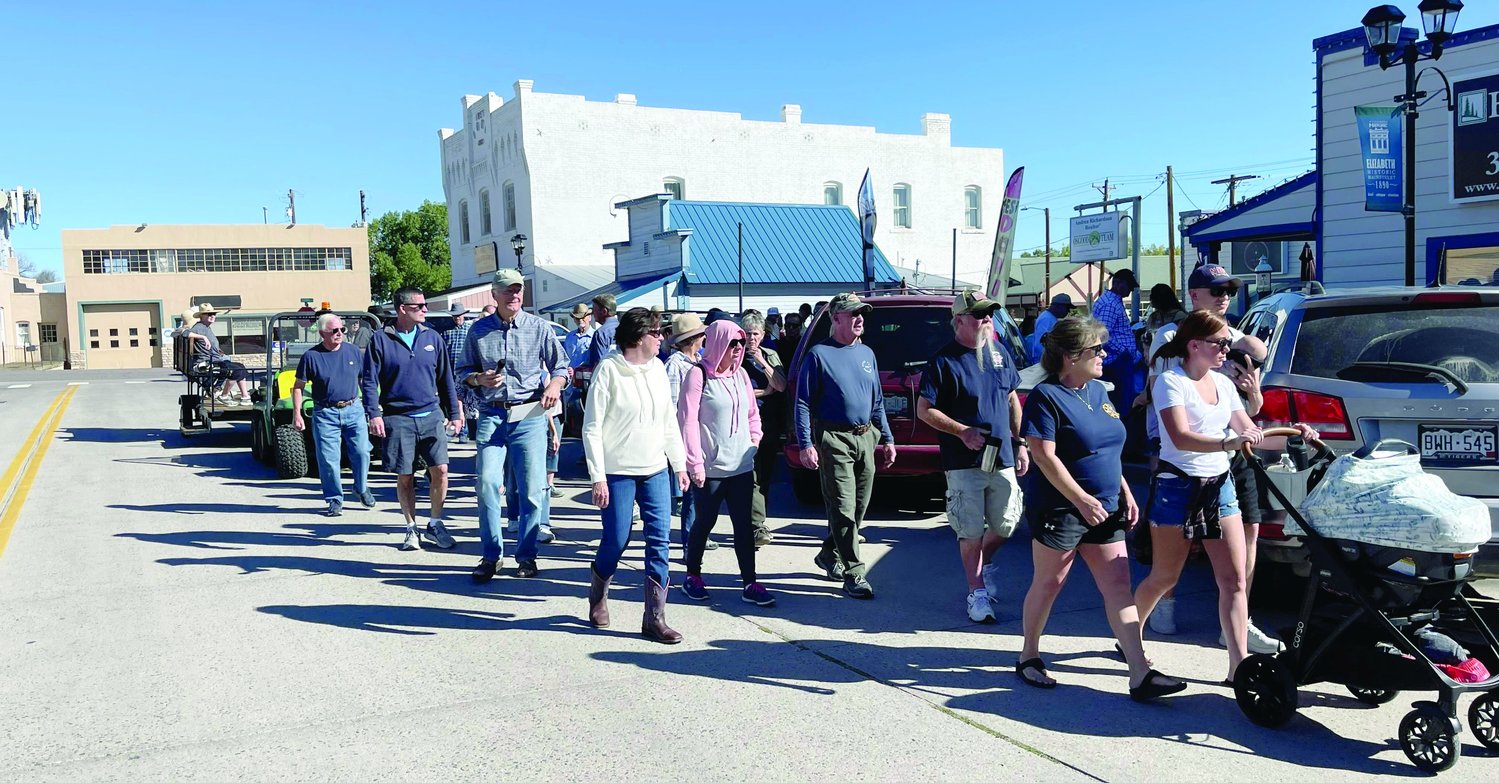 Elizabeth hosts a tour to share the town’s history

The Town of Elizabeth and its Historic Advisory Council held their sixth annual Historic Walk & Talk event on Saturday, September 24, attracting nearly 150 people, an increase of approximately 650% over previous years. In the past, events have hosted 15 to 20 people on average.

The event attracted a variety of people, including families with young children, retirees and couples. Several organizations also used the event to hold social gatherings, including the popular group Ladies of Elizabeth and Elbert County, which had seven members in attendance.

The event began on the Gesin field at the corner of Main Street and Kiowa Avenue. Attendees gathered around tour guide Jeff Lehman as he described the history of the lot and some of the nearby buildings.

The tour group headed south on Main Street, stopping at several of Elizabeth’s historic buildings along the way. At many stops, store owners came out to talk with the crowds and share the stories of their buildings.

Kate Blackburn, owner of Antelope Alpacas and Fiber Arts Center, shared the story of her building, including the vibrant history of the people who once lived there. In an interview after her presentation, Blackman expressed her enthusiasm for the story and her love for educating the people of Elizabeth.

“I’m a historical nut to begin with. Doing this makes me feel like I’m sinking my roots into the history of this building,” Blackburn said. “If I can help contribute to the history of the place and education about it, I want it. I’m so excited that so many people are interested.

The overwhelming turnout for the event raised concerns with a local shopkeeper who expressed love for Elizabeth’s story, but fears about the changing community and its impact on the town.

“I love that so many people are interested in what’s going on here and the history of the town,” said Brook Briddle, owner of Powder River Hat Company on South Main Street. “With too many changes, however, I think we could lose the community we have here.”

Others, on the contrary, believe that the increase in population gives more opportunities to share the rich history of the city.

“We had such a good turnout. It’s the best we’ve ever had because of all the new developments,” said Cecilia Farin, Vice Chair of the Town of Elizabeth’s Historic Advisory Board. “I think it’s really good that newcomers are showing interest. It’s also great for local businesses.

The sixth annual Historic Walk & Talk ended with a short Q&A session followed by lunch at the American Legion Post 82.