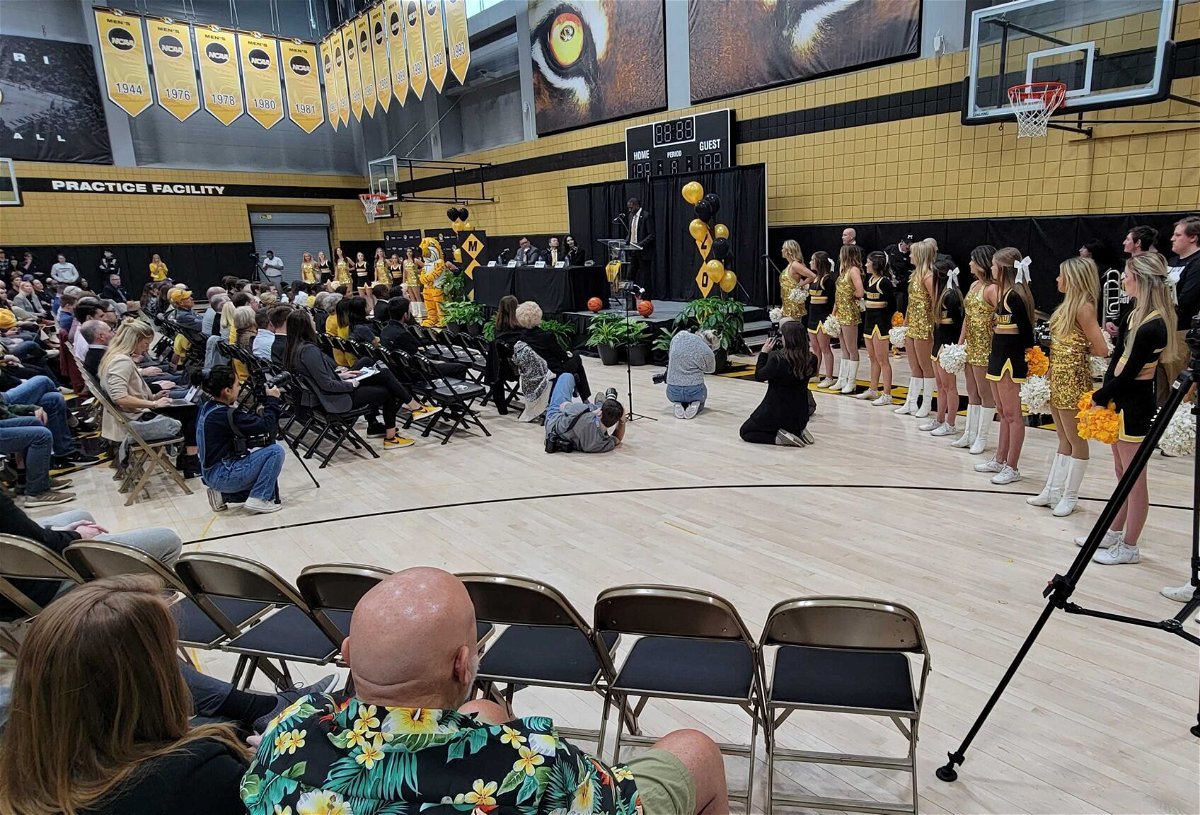 The University of Missouri men’s basketball team welcomed Dennis Gates as their new head coach, and some fans said Tuesday they were excited to see what he is doing for the team.

Dennis Gates is Mizzou’s fifth coach in the past 16 years. The UM system board announced the new hire on Tuesday after letting go of Cuonzo Martin, who was fired earlier this month.

Mizzou had an 11-21 season last year, and fans can’t wait to see what Gates can do to help turn the team around for next season.

“I’m super excited, this is the new future of Mizzou basketball, so I’m excited to see where it takes us,” said MU student Payton Zigrang.

Longtime MU fan and student Mason Crane said he has been attending Mizzou sporting events since he was 5 years old. The freshman and active member of super fan group ‘The Antlers’ said he liked more than Gates’ jokes.

Crane said he was “a good scout, a good coach, and when he spoke he was really funny, he seemed to really care about his players, and that means a lot.”

Keaton Clark said he was “excited, I mean from what I’ve seen on Twitter so far he seems like a really cool guy, super passionate about the sport. You know, I think it’s time for the basketball team to see some new coaches.”

Clark is a tour guide and student at MU, and said he can’t wait to see Gates in action next year.