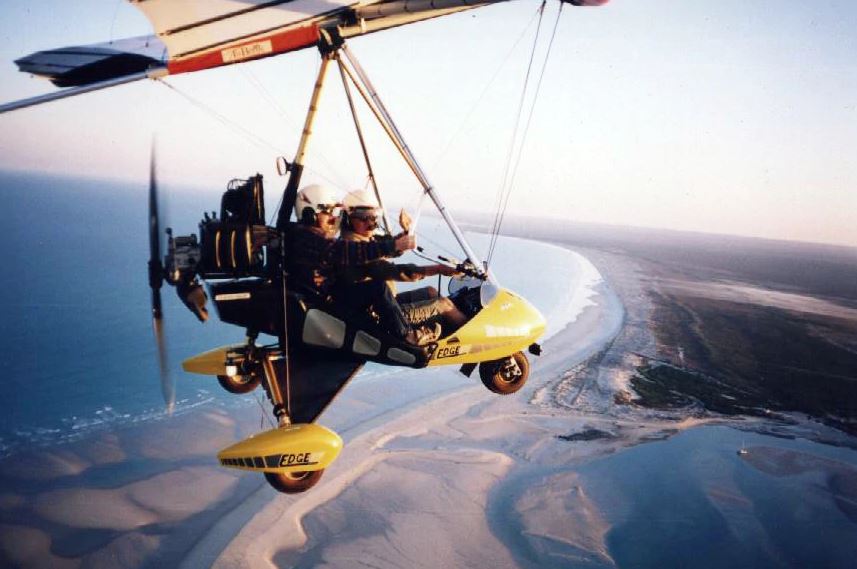 A once well-known figure in Broome’s tourist scene has been sentenced to nine years in prison after pleading guilty to more than 30 child sex offenses.

Charles Batham had been on the run for almost a decade before a ABC News investigation led to his arrest in Italy in March of last year.

In 2011, the 77-year-old Englishman was charged with 31 offenses relating to the sexual abuse of two girls in Kimberly, Western Australia, committed between 2006 and 2011 while running a company that transported tourists on board ‘an ultralight plane over Cable Beach called Broome Trike Flights.

Batham lived in an airplane hangar near Broome International Airport where he offered to keep two girls in a converted double-decker bus that he kept in the hangar, according to a sentencing account from ABC News.

The court heard that hundreds of images of child abuse had been found in the hangar.

His victims, aged 8 to 12 at the time, told the court they lived in fear because of his actions.

One said this raised fears that her own children would be abused and the other said she would still fear him even when he was in jail.

“I’m afraid he might break out and stalk me,” she said, according to ABC report.

Judge Lisa Tovey dismissed claims that Batham’s behavior was “out of character”, and said his offense was sustained and not “short-term lack of judgment”.

“You chose to flee the country rather than face the consequences of your actions, in my opinion,” Tovey said.

The ABC investigation which led the Italian police to arrest Batham, revealed that he had obtained a British passport under the name of Charles Edwin Shannon and traveled easily in Europe.

Broome tour operator, said Robyn Maher ABC News she had met Batham when she worked for the Broome Visitors Center and described him as a “scary” and obnoxious person.

“I didn’t like the idea that he got away with it, traveling abroad and not facing justice for the victims,” ​​Maher said.

“I think it’s a good result.