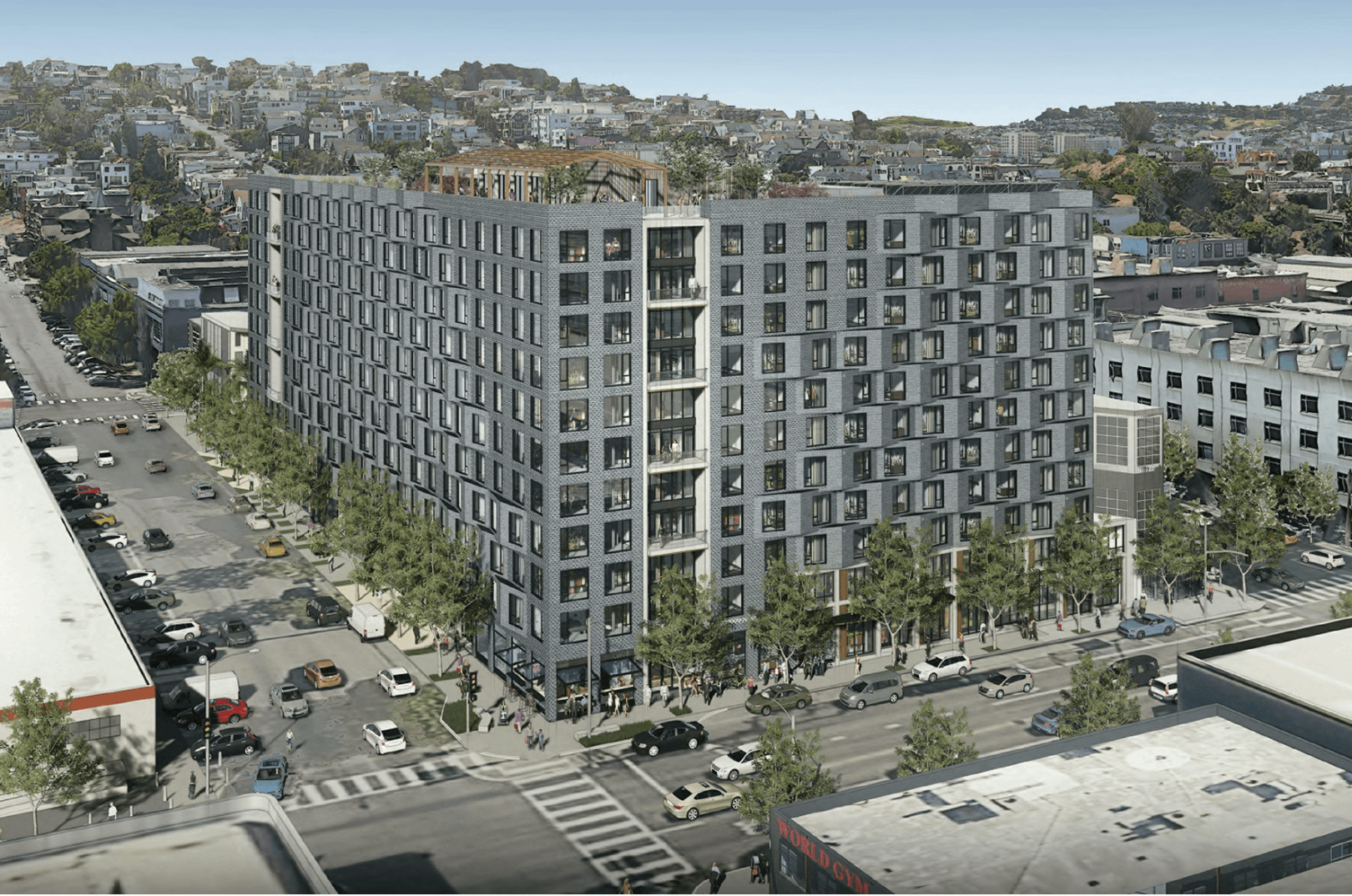 A 450-unit residential development proposed to replace a commercial building at 300 De Haro Street has met with strong opposition. Residents of Potrero Hill are unhappy that the apartments are micro-units, as small as 220 square feet. They are also concerned about the size of the complex: 120 feet high, with 11 stories.

â€œThis is not accommodation. It is accommodation for people who will be here temporarily, on their way to a new location. This bill takes advantage of Senate Bill 35 to bypass the Map of the eastern districts. It pushes those frustrated with the initial plan shared by the developer to dig deeper, â€said JR Eppler, president of Potrero Boosters, a neighborhood association that advocates for residents of Potrero Hill, Dogpatch and Showplace Square.

Eppler said the units will be small and expensive per square foot.

Katherine Doumani, president of the Dogpatch Neighborhood Association, called the proposal â€œa fraud, which is not affordable housing, but actually a glorified luxury dormitory, an AirBnB hotel. Even the town planning department sees this project as an abuse of legislation to promote affordable housing.

Senate Bill 35, passed in 2017, requires local governments that have failed to build enough affordable housing to approve residential projects that meet legal criteria, including having two-thirds of the area devoted for residential use and not to demolish any structure that is on a national, state or local historic register.

Hill resident Alison Heath said it was unfair that neighborhoods in the southeast, especially Potrero Hill, were penalized for the Bay Area’s failure to build enough affordable housing.

â€œWe have done more than our fair share to provide housing of all kinds in this neighborhood. We shouldn’t be forced to accept this monstrosity. Now the developer is using the rationalization mandated by SB 35 to bypass months and months of community input, â€Heath said.

Hill resident Kepa Askenasy said she would like to know when the planning department will defend what residents have agreed to in the Map of the eastern districts.

â€œWhy are all of the city’s major residential developments concentrated here rather than in another neighborhood? Said Askenasy.

According to Candace Soohoo, deputy director of communications for the San Francisco planning department, the department is in the early stages of reviewing the proposal.

“Ministerial” means an act that the agency performs without exercising individual judgment.

Soohoo said the city recognizes the need for more housing in all its forms, “in particular by increasing housing units subject to our local affordable and inclusive housing program.”

â€œ(It’s)â€¦ trying to fit into a very thoughtful zoning described in the Map of the eastern districts. This plan called for mixed-use urban development at a height limit of 68 feet bordering the newly improved transit corridor along 16th Street, â€said Meckel.

Meckel said he hoped the DM Development team could work with Boosters and the Department on the proposal.

â€œ(Then) the mass and height of the building would not overwhelm the neighborhood. The units are not so small that they have an impact on the quality of life of residents, â€said Meckel.

Mark MacDonald, CEO of DM Development, said 181 units, or 40%, would be affordable.

â€œThe building we are offering is not the maximum allowed under the State Density Bonus program. Instead, the plan optimizes light and air quality for our neighboring 16th and 17th Street neighbors, â€said MacDonald.

According to MacDonald, two years of discussions with residents prompted comments calling for it to increase affordability to 30 percent or more, as well as concerns about the height and bulkiness of the project.

â€œWe decided that the best way forward was to meet the city’s need for affordable housing and pursue a beautifully designed project that can provide the maximum amount of affordable housing, double what would be possible with it. basic zoning, â€MacDonald said. â€œIt is imperative to use all the tools available to add housing to the City. ”

Corey Smith, deputy director of the San Francisco Housing Action Coalition, personally supports the project, although the association has not taken a position.

â€œWe believe there is a shortage of all types of housing in the city. A proposal like this may not be perfect for everyone, but it is a good solution for certain types of residents. For example, young graduates taking their first job or older adults whose children have moved and for whom downsizing is ideal, â€Smith said.

The triangular property at 300 De Haro Street is owned by Four G Enterprises, a limited liability company located in a residence in the Marina District. According to Property Shark, a real estate records database, the 300 De Haro Street complex and Marina House are owned by Gail Godyne.

MacDonald said DM Development has worked closely with existing tenants to develop temporary and / or permanent relocation plans, with some potentially returning to the site after construction is complete.

â€œThe project offers approximately 3,582 square feet of retail space along 16th Street and De Haro Street. We are still in the planning process and look forward to working with the community to identify desired retail uses for the neighborhood, â€said MacDonald.

According to MacDonald, the project will generate around $ 11.5 million in impact fees, including an inclusive housing fee of $ 3.8 million to fund affordable off-site residences, an infrastructure fee of 2.7 million. million dollars for eastern neighborhoods, part of which will fund improvements to Jackson Square park, and more than $ 5 million in child care, school and transportation costs.

â€œWe envision a lush landscaped backyard that will be a visual amenity to our neighbors and a place for the residents of the building to enjoy quietly,â€ said MacDonald.

There are several vestiges of railway history at the site, including an abandoned railway line and two wagons which have been refurbished and rented as offices.

MacDonald said DM Development had considered possible ways to reuse the cars. They could be integrated into the project or be part of a public space for community use.

Bob Towar, treasurer and communications director of the Bay Area Electric Railroad Association, a group of Bay Area railroad enthusiasts, said the line at 300 De Haro Street was a branch of the Western Pacific Railroad, which served Potrero Hill.

â€œThe area northwest of Potrero Hill was accessible through a tunnel. The north portal of the tunnel was just south of 18th Street, near Arkansas Street. The south portal was near Sierra Street and Missouri Streets, â€Towar said.

A fire in the tunnel in 1962 rendered it unusable, prompting the railroad to abandon it and seal it.

There is disagreement on the affiliation of the two cars. Jim Bunger, director of passenger cars for the Golden Gate Railroad Museum, a railroad history museum in Redwood City, has information that indicates that a railroad car was associated with the New York Central 60 line. The other was related to Seaboard Air Line 6602.

Towar believes that one is a lounge car of the famous “California Zephyr” trains that ran daily between Oakland and Chicago, before the formation of Amtrak.

â€œI would like the track to be saved. They should have a historical marker placed near them to explain their importance, â€Linenthal said.

â€œWhen we think of the history of trains, it is especially Muni that is preserved. (It’s) thanks to the folks at Market Street Railway, who are awesome. Yet throughout the Mission, Potrero Hill, Bernal Cut, Bayview and Islais Creek basins, the remains of railroad tracks show how trains have long transported people and raw materials from coastal depots. They also brought them from domestic train lines to San Francisco’s once robust manufacturing sector, â€Carlsson said.

Elizabeth Creely, occasional collaborator of Local mission, a mission-focused news site, said she would like to see the 300 De Haro Street rail line become part of a network of rail green spaces.

â€œGreen spaces relieve the cement. The old railway rights-of-way also invite people to retrace the history of the city on foot by walking between neighborhoods, â€said Creely.

Tamara Aparton, spokesperson for San Francisco Parks and Recreation, said the city is working to reference the history of the railroads through a rail embedded in a walkway at Juri Commons, a mini-park on Guerrero Street near from San Jose Avenue, 25th Street and 26th Street. Juri Commons is a former railway right-of-way. Aparton said that Juri Commons also houses a mural with a train on it.

â€œWe plan to renovate it a bit and leave it in place,â€ Aparton said.