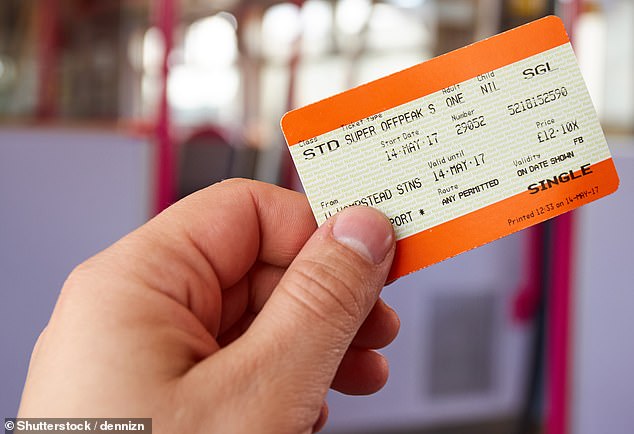 Hundreds of station ticket offices could be closed

By Chris Brooke for the Daily Mail

Hundreds of station ticket offices could be closed as part of a post-pandemic overhaul of Britain’s railways.

Rail industry leaders are in talks with the government on ways to modernize the network under a new public national body.

Transport Secretary Grant Shapps is keen to cut taxpayer funding following the £16billion bailout during the Covid pandemic and staffing costs will be a key focus of the plan.

There are already measures to reduce the opening hours of the counters and the possibility of hundreds of counter closures is under discussion.

The transport unions would oppose such a decision and threaten to call a strike.

They point out that the presence of ticket offices and staff at stations is important for vulnerable groups such as the disabled, the elderly, pregnant women and those who do not have access to a computer for booking tickets.

Great British Railways will take over from Network Rail and begin operating national railways from 2023. They will be responsible for tracks and stations as well as ticketing, timetables and network planning.

The trains will still be run by private companies under new “passenger service contracts” which will replace the franchise system that collapsed when Covid dramatically reduced train travel two years ago.

As part of the integrated rail plan announced in November, the government said £360m would be invested in a ‘radical reform’ of ‘fares, ticketing and retailing on the railways’ .

This includes “contactless and contactless ticketing at more than 700 stations across the country over the next three years.”

It has been touted as the first step towards a more “convenient and modern” digital ticketing system which unions say will also involve the mass closure and reduction of busy ticket counters at stations.

Seven years ago all station ticket offices were closed on the London Underground network despite widespread criticism over the decision to cut costs.

The Department for Transport has not commented on specific station closure plans, but is determined to make the railways more “profitable”.

A spokesperson said the modernization plan “could include changing what some station staff do, or how they do it, to ensure passengers get the services they deserve”.

But adding: “Staff will still be providing face-to-face service on the railways, which can be crucial for those who need extra assistance and are unable or unwilling to use contactless tickets. or mobile.”

Manuel Cortes (pictured), general secretary of the Association of Salaried Transport Workers, said yesterday: ‘Grant Shapps must realize that this stupid plan risks the threat of compulsory layoffs, and if that happens we issue strike ballots

Manuel Cortes, general secretary of the Transport Salaried Staffs’ Association, said yesterday: ‘Grant Shapps must realize that this stupid plan will probably lead to the threat of compulsory layoffs, and if that happens we will issue ballots for a industrial action.

“The closure of the ticket offices will not only be contested by the unions, but by the general public. Shapps must stand up to the Treasury’s faceless accountants because a properly run and fully operational railway is essential to building a post-Covid economic recovery.

“The Government should share their plans in detail with us and commentators now if they are so sure that closing ticket offices and cutting £2billion a year from our railways is the best way forward. I strongly urge them to reconsider.