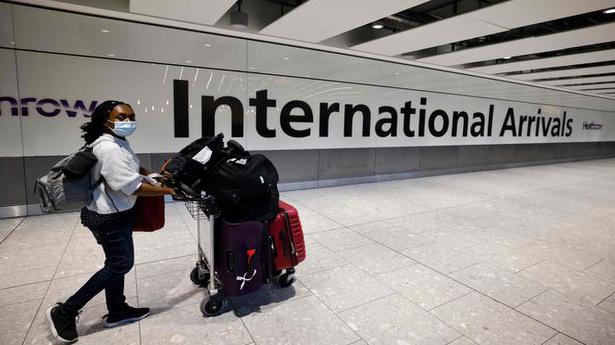 UK nationals will also have to undergo a mandatory home or destination home quarantine for 10 days after arriving from 4 October.

The new measures will take effect from October 4, unless the UK reverses its decision, sources said, suggesting there was room for talks. However, the announcement indicates that the talks that have taken place so far between officials and at a meeting of foreign ministers in New York last week have come to naught.

Foreign Minister Harsh Vardhan Shringla first raised the possibility of imposing reciprocal measures on September 21, as the UK has not relaxed the quarantine requirement until then.

Under the new regulations, all UK nationals arriving in India from the UK, regardless of their vaccination status, will be required to undergo a pre-departure COVID-19 RT-PCR test within 72 hours of travel, followed by testing similar to their arrival at the Indian airport which must be followed by another RTPCR test on the 8th day after arrival in India.

That aside, UK travelers to India will need to be in “mandatory home or destination quarantine for 10 days after arriving in India.”

The deepening dispute over vaccination certificates and the quarantine period has cast a shadow over expected high-level visits from London to India.

Sources explained that the move will not affect Non-Resident Indians (NRIs) staying in the UK on permits, but is likely to affect PIO and OCI card holders as they may be citizens of the UK. United.

The new measures have been imposed although there is no tourist traffic from the UK to India at the moment as New Delhi has not resumed issuing tourist visas. However, it is understood that the Indian move is seen as “unexpected” by the British side who had witnessed “positive progress” in the dialogue on relaxing the UK quarantine requirement for Indian citizens.

The Indian announcement comes days after the UK recognized the Covishield vaccine produced by the Serum Institute of India, but maintained the 10-day quarantine period for fully vaccinated travelers from India, which has intensified the rift between the two sides. The UK moved India from the “Red List” to the “Orange List” on August 8, reopening tourist visas for Indian travelers, but maintained the 10-day quarantine period would remain in place.

UK sources previously said there were no issues with the Covishield vaccine, but that there were “technical difficulties” preventing the UK from connecting with the Indian side, which is a requirement for check vaccination certificates.