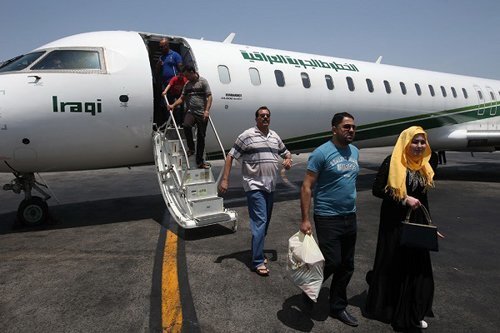 TEHRAN – Around 20 contracts have been signed between Iranian and Iraqi tour operators and tourism activists in Mashhad, the capital of Khorasan Razavi province, Mehr reported on Sunday.

The deals were finalized on the sidelines of a three-day conference last week, which was held to introduce the province’s potential tourist attractions and attractions to Iraqi travel insiders as well as deepen ties between the two countries in the tourism.

The agreements were signed to increase the number of Iraqi tourists coming to Iran on tour packages.

There are also Pakistanis who wish to go to Iran for the pilgrimage despite their problems, and Oman and Kuwait are other countries in the Iranian market, he added.

“So far, Iraqi tourists have come to Iran and the city of Mashhad individually, living in unapproved places, and may experience health or safety issues,” the official said.

These tourists can now book tours and accommodation in approved places at affordable prices with the help of Iraqi travel agencies, he said.

He also noted that the Iraqi side had asked Iran to waive the visa requirement for Iraqi nationals who wish to enter the Islamic Republic through land borders.

This will increase the number of Iraqi pilgrims entering Mashhad, but careful planning is needed, he explained.

Mashhad, the capital of Khorasan Razavi province, is the holiest and second largest city in Iran which is home to the shrine complex of Imam Reza (AS), the eighth Shiite imam.

Before the coronavirus put almost everything on lockdown, Mashhad welcomed thousands of travelers and pilgrims from various Iranian cities, neighboring countries and even around the world to visit the holy shrine.

According to official statistics, some 37 million Iranian pilgrims and travelers visited the sanctuary city of Mashhad in the first ten months of the Iranian calendar year 1398 (March 21, 2019 – March 10, 2020). Of which about eight million came by road, six million by rail, 3.8 million by plane and 18 million by passenger cars.

“For the moment, we are not thinking of income, but we are looking for the start of the tourist flow to the country and renewing our links [with international fellows]Pourfaraj said. His comments came after months of deep recession triggered by massive coronavirus restrictions that have led many travel insiders, hoteliers and tour operators to bankruptcy, unemployment, debt and the prospect of failing be competitive internationally.

As mentioned by Pourfaraj, Iran has done its best to maintain contact with global tourism markets and companies that have worked with Iran in the past, especially as communication and virtual meetings have flourished. . “Following the resumption of the tourist visa, visitors from Russia and France have traveled to Iran and we are currently expecting a smaller number of tourists to Iran due to the current situation in the world,” he explained. .

Iran is potentially a booming destination for travelers looking for cultural attractions, breathtaking scenery, and numerous UNESCO-listed sites. As part of the Tourism Vision 2025 plan, Iran aims to increase the number of tourist arrivals from 4.8 million in 2014 to 20 million in 2025.