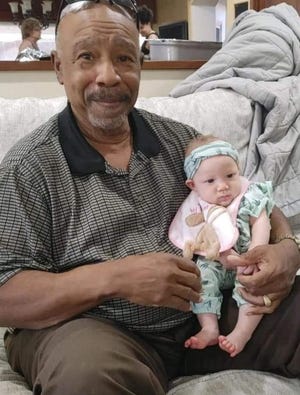 Jim Snow, a big part of Phoenix Desert Vista High School since 1997, when he was hired as a security guard and later became the “Voice of Thunder”, died Tuesday at the age of 67.

Desert Vista athletic director David Klecka said Snow died on the job. He was found in the technical room. The cause of death was not immediately available.

“We’re all still in shock that ‘Snowman’ is gone,” Klecka said.

Snow started as a security guard in 1997, shortly after the school opened. His son Chris played football, baseball, and ran track and field in Desert Vista, winning a state football title in 1998.

Chris Snow was then taken by the Los Angeles Dodgers in the Major League Baseball Draft.

“He was a great role model,” Jim Rattay, who was the head coach of that 1998 14-0 State Championship football team, said of Jim Snow. “He was a rock in the Desert Vista community. He was always there to help.”

The snow will forever be remembered like the voice of thunder. He was the Friday night public announcer at the Desert Vista home football games. He also announced the boys and girls’ home basketball and baseball games.

“His loud and booming voice was something all of our former athletes still remember from their playing days,” said Klecka. “He is a huge loss to our Thunder community.

“Working in the equipment room, anyone who passed by enjoyed his loud ’70s music. It was always a fun way to start the day. “

“He was a fantastic ambassador for all things Thunder,” Klecka said. “His tours were the best. He shone when he was in front of new students. He focused on their interests and guided the tour in that direction.”

Former Desert Vista boys’ basketball coach Gino Crump, who led the Thunder to the state title in the 2019-20 season, said hearing of Snow’s death was “the one of the most painful things I have experienced in years “.

“He was the epitome of the sport at Desert Vista for years,” Crump said. “He had a thunderous voice. We commemorated him one of our past games. It is so painful.”