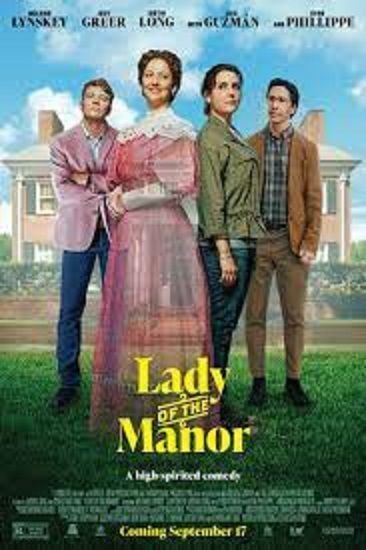 Robinson, theater director and drama teacher at SC State, appears in “Lady of the Manor,” a new film by brothers Justin and Christian Long, who co-wrote and co-directed the production. Justin Long, who has become familiar to many as the Mac guy in Apple commercials, also stars in the film.

Robinson plays Ruth Gunderson, a fiery clerk, in the ghostly comedy of Friends starring Melanie Lynskey and Judy Greer (both known for “Two and a Half Men”). The plot centers around a tour guide (Lynskey) in a historic estate who ends up befriending the mansion’s resident ghost (Greer).

“This work is part of the drama program change to include film and television production in the program’s current schedule,” Robinson said of his appearance. “A working film and television actor brings a different perspective to teaching the skills needed to be successful in the industry.

Your membership makes our reporting possible.

SCSU mourns the death of a retired theater director

“By being part of the industry, I am able to help our students see their dreams come true,” she said.

Robinson’s other film and TV credits include “Elle Rose”, “Hightown” and “CNT Live!”

Production was completed just before the COVID-19 pandemic hit the world, and the film has toured several film festivals. The film will debut in select theaters and on select digital platforms on Friday. It is also available in Blu-Ray and DVD.

Travelers have canceled and delayed their tours in Europe in accordance with EU guidelines, survey finds: Travel Weekly