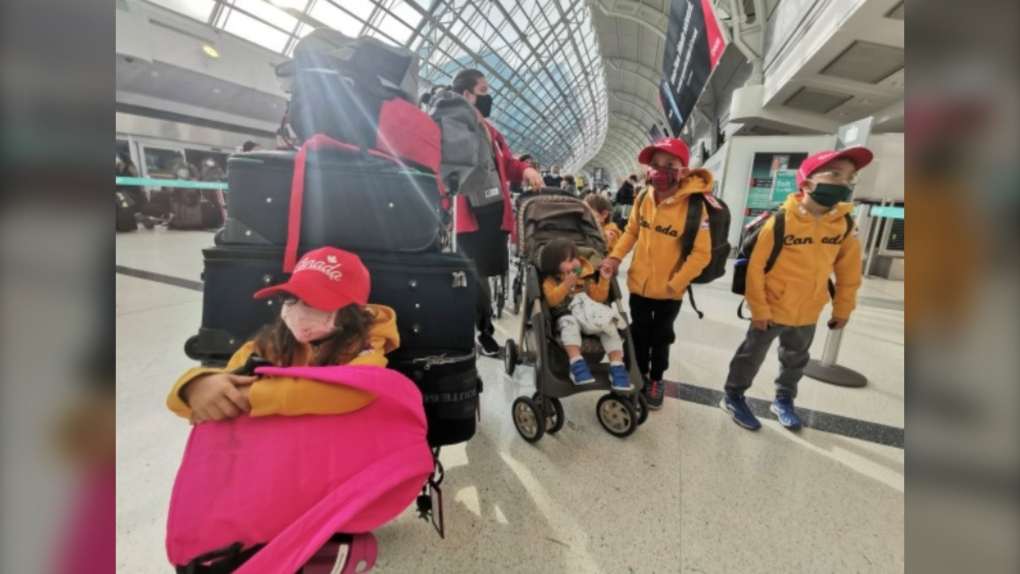 From waiting overnight in a passport office to missing their flight, things have been a nightmare for a family in Woodstock, Ontario.

Ludwing Perea-Melendez and his family had recently planned a trip to Peru to visit his parents for a few weeks.

“We really need to go to my home country in South America because my dad is fading fast and I would like him to meet all my kids,” he said.

Little did he know that a misspelled letter on their flight reservation would derail their entire trip.

While checking in at Toronto Pearson International Airport, Perea-Melendez said the machine told them there was an error with their flight reservation.

“It showed an extra ‘d’ over the last name and that’s when I thought, ‘Oh, that’s going to be a problem,'” he explained.

Because he had purchased his family’s tickets from a third-party website, WestJet and the website operator were unable to correct the name in the system in time for their flight.

In an email to CTV News London, a WestJet spokesperson said that “any third-party ticket purchased through a travel agent or booking agency such as Expedia cannot be changed by WestJet”.

“The third-party website told me they couldn’t change it unless it was 24 hours before the trip,” Perea-Melendez said.

Their family is now $6,000 short because they had to cancel their trip and rebook plane tickets.

Although he admits the spelling error, the father of five wishes there was an easier way for the airport to fix the problem at the time, to avoid the hassle.

“There comes a time when you see the problem is so big that you have to say you know there’s nothing we can do, just smile and get on with our lives.”

Last month, he and his family camped overnight at a London passport office, hoping he would be first in line. A week before, he and his wife had already waited seven hours before being turned away a few steps from the door of the passport office.

DC walking tours that go beyond the National Mall