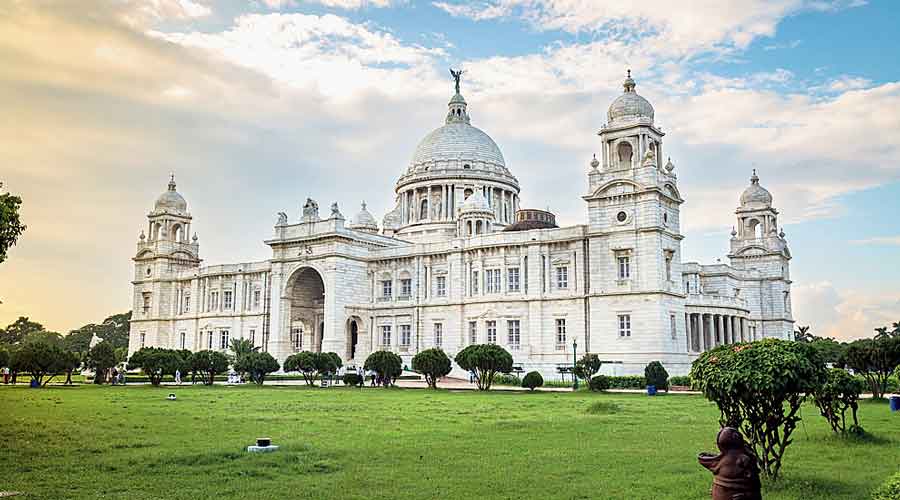 A lock on the India Gate, a reprimand for the Qutab Minar, an amnesia for the Victoria Memorial.

The University Scholarships Commission has sent universities a list of 100 “tourist destinations” for organizing student visits under the Centre’s Ek Bharat Shreshtha Bharat program. Some academics have questioned the movement as dictatorial and the site selection as biased.

“The places that students should visit should be left to individual institutions; why should the UGC or the government prescribe it? said Abha Dev Habib, former member of the executive board of the University of Delhi.

Pankaj Jha, professor of history at Lady Shri Ram College, pointed out the absence of many famous sites associated with Muslim and colonial rule as well as those reflecting the achievements of independent India.

“The emphasis is more on sites of ancient history (apparently Hindu) than on the medieval (apparently Muslim) or modern period (apparently colonial but also independent India),” Jha wrote in response to a comment. matter of The telegraph.

A multitude of ancient Buddhist sites are also on the list.

“The claim is that it would make students understand the rich culture and diversity of the country, but this top-down saying for all students does little to promote diversity. This is a clear attempt to promote uniformity not only of practice but also of thought, ”Jha wrote.

While Bijapur and Murshidabad, both associated with the medieval period and Muslim rule, are on the list, the Red Fort and Humayun’s Tomb in Delhi have been snubbed. Agra, however, gets a mention under “monuments included in the list of World Heritage and Iconic Sites” although the Taj Mahal is not named.

Delhi – old and new – with its layers and layers of history buried and alive across hundreds of monuments has been entirely ignored. Ditto Calcutta, the capital of British India until 1911, and Mumbai, a financial and film hub and cradle of Indian railways.

Colonial structures like the two Victorias – Memorial and Terminus – are lacking, as are the Andamans Cellular Prison and Rashtrapati Bhavan, India Gate and India Gateway. Goa however has two mentions – Old Goa and Colva Beach.

The boost to all universities came in a letter, dated September 22, from UGC secretary Rajnish Jain, who said the national education policy proposes to strengthen and promote the spirit of Ek Bharat Shreshtha Bharat among the students.

“A list of 100 tourist destinations shared by the Ministry of Tourism is attached. Educational institutions are required to send students under the Ek Bharat Shreshtha Bharat program to study the destinations and their history, scientific contributions, traditions, literature and indigenous knowledge, etc. country, ”Jain wrote.

“All higher education institutions are requested that tours can only be arranged when the Covid restrictions are completely lifted. During this time, students can be encouraged to learn about these places and organize activities digitally. “

The letter added: “A report of activities undertaken can be sent to the Ministry of Education.

Jha said the UGC’s decision was in line with recent government attempts to tightly “control and regulate” academic activities at higher education institutions. Thus, all students from all streams, regions and universities were invited to visit the same set of sites, he said.

The North East is strongly represented on the list, with Imphal, Aizawl and Itanagar appearing under the title “state capital” – although Itanagar was placed in Nagaland rather than Arunachal Pradesh – and Agartala, Dimapur, Dibrugarh and Silchar mentioned for their “airports”. ”.

Shillong does this under “identified for wi-fi based on steps” – a strange and unexplained description that occurs about 30 times on the list, covering sites from Lake Chilika and Nagarjunakonda (Buddhist site in Andhra Pradesh) to Fort Kochi and the Jain pilgrimage spot from Sravanabelagola to Karnataka.

But Bangalore is getting a thumbs down, despite its contribution to Indian science (IISc and Isro) and the country’s infotech revolution.

Sarnath, Shravasti, Kapilavastu and Kushinagar from Uttar Pradesh and Bodhgaya, Vaishali and Rajgir from Bihar do it under the “Buddhist Circuit”. Somnath and Dholavira (Kutch archaeological site) in Gujarat are “iconic sites”.

Jammu and Kashmir gets the go-ahead in the form of Gulmarg, Pahalgam and Patnitop while Ladakh contributes Kargil and Lake Pangong – sites of old and current clashes with neighbors.

Khajuraho of Madhya Pradesh and Konarak of Odisha are part of the “World Heritage Sites”.

An email was sent to UGC President DP Singh asking if the commission had attempted to find out from the Tourism Ministry why it had excluded Delhi and its monuments from the list. He went unanswered.

Another email to the Tourism Ministry asking for the reasons for the absence of some seemingly obvious candidates did not elicit a response either.