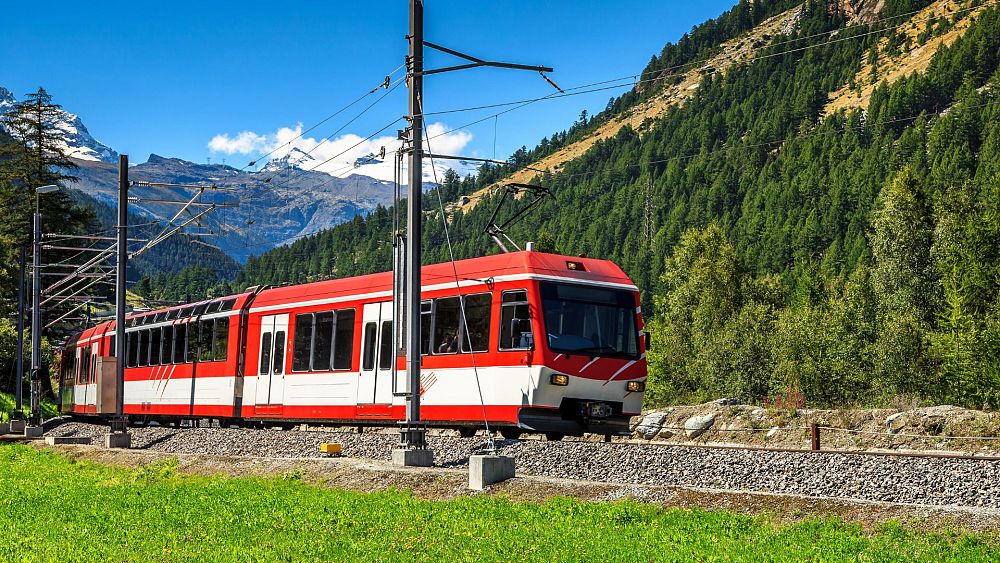 All aboard! Interrail has halved the cost of its unlimited passes.

The special flash sale – launched to celebrate Interrail’s 50th anniversary – runs from today until 23:59 on Tuesday 10 May.

The deal opens up thousands of kilometers of Europe’s rail network, from northern Sweden to the sunny Greek islands.

“A big party calls for a big adventure,” says Interrail.

How much will the new passes cost?

The massive delivery applies to “global passes”, which allow unlimited travel for one, two or three months on the national railways of 33 European countries.

Passes purchased during the sale can be activated at any time during the next 11 months.

Mark Smith, author of the popular Travel by rail ‘The Man in Seat 61’ blog described the offer as “too good to miss”.

What is the appeal of long-distance train travel?

Generations of travelers have used the Interrail pass to explore Europe.

This is great news for the planet.

According to the European Environment Agency, train travel accounts for 14 grams of CO2 emissions per passenger-mile. Air travel generates 285 grams per passenger mile.

What are the best national rail passes?

If you’re sticking to just one country on your European adventure, it’s worth checking out the country passes.

Interrail offers “country passes”. Passengers on this ticket can book 3, 4, 6 or 8 days of travel in a country of their choice.

But national railway companies have their own passes, which can reduce the expensive seat reservation fee (up to €20) that train providers sometimes levy on Interrail pass holders.

Unfortunately, France does not have a nationwide alternative to the Interrail pass. But other major European destinations do, so read on for all the details.

Fancy a glass of wine under the Mediterranean sun?

italy The national rail provider offers its own rail pass – the “Trenitalia pass” – for anyone residing outside of Italy.

Unlike Interrail, it only covers Trenitalia high-speed, intercity and sleeper trains. Regional trains are excluded, but expensive seat reservation fees are waived.

Passengers purchase a specific number of trips (3, 4, 7 or 10 trips) within a defined time period. Prices start at €129.

Senior and youth versions are available, and up to two children under 12 can be added to an adult pass for free.

Go from party to Berlin hiking in the Bavarian mountains with a German Rail Pass.

Non-German residents can purchase various consecutive or day passes, allowing unlimited travel on Deutsche Bahn trains for set periods within a month. Seat reservation fees are optional on most German the trains.

Non-Spanish residents can buy Renfe Spain pass. Travelers can purchase 4, 6, 8 or 10 individual one-way train rides of any length over a one-month period. These journeys are valid on all Renfe long and medium distance trains. The cost of the pass covers all booking fees.

The tourists at Swiss can buy a Swiss Travel pass. This allows unlimited travel on the Swiss rail network for a continuous period of 3 days, 4 days, 8 days or 15 days.

A Swiss Flexi pass offers unlimited travel through the Swiss rail system for 3, 4, 8 or 15 travel days with an overall period of one month.