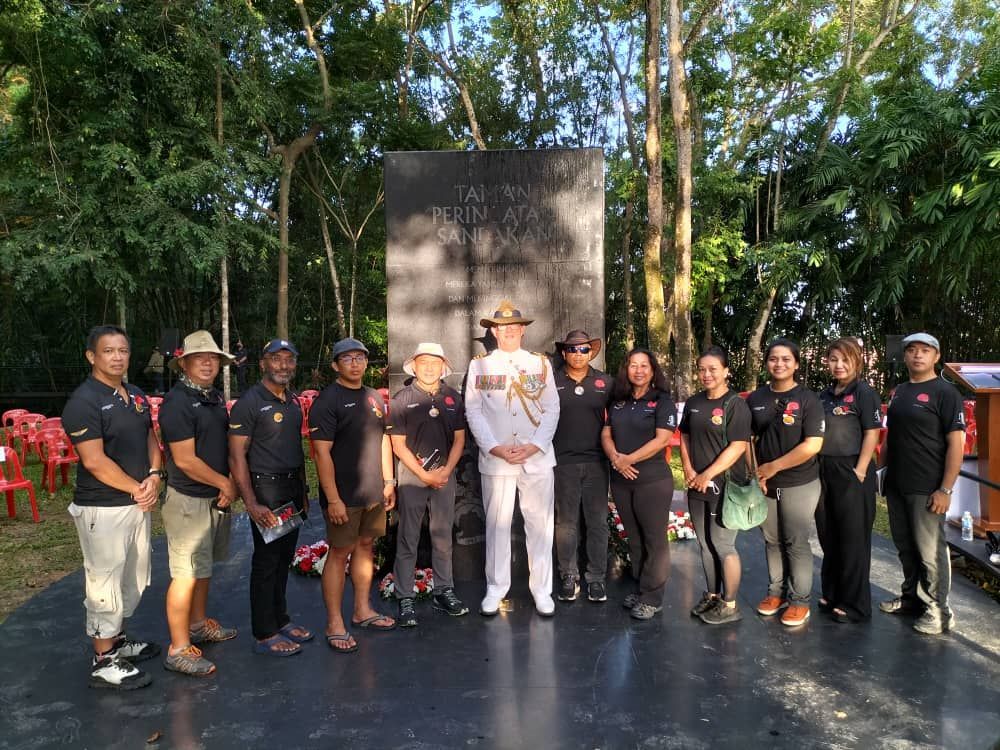 A recent six-day/five-night trek undertaken by six local trekkers participating in the 77th edition of the Sandakan Death March in Ranau marked the restoration of the attraction.

This year, the Sabahans walked the trail that traced the path of 2,434 Allied prisoners of war who were forced to march from Sandakan to Ranau at the end of World War II between January and August 1945.

Almost all perished, with only six Australian survivors.

This year’s tour was held as a memorial pilgrimage to honor fallen heroes.

Previously, these tours have seen the participation of members of the armed forces and groups including the descendants of fallen Australian and British servicemen seeking a deeper insight into the hardships their ancestors endured during the 260km death march.

Tham Yau Kong, a local trekking expert and seasoned tour guide, said the visit was important for locals to deepen their own history and honor the sacrifices made on their behalf.

“It’s important to remember that there are heroes worth knowing beyond those mentioned in our history books,” Tham said in a statement on Wednesday (April 27).

During the recent tour, the six local trekkers had the opportunity to get to know and mingle with the people living along the route.

They also had the opportunity to speak with the sons of the late Gambut @ Ahmad Tajudin Abang, who played an important role in helping Australia recover bodies along the Death March.

They also had the chance to meet the great-nephew of the late OKK Domima Akoi, known as the “Ring Lady”, one of Kg Paginatan’s unsung heroes who helped Australian POWs.

“I’ve been thinking about doing this Death March trail for years and finally decided to do it this year with five like-minded people,” said Dr Sen Nathan, one of six group members and expedition organizer.

“It was exhilarating but emotionally and physically difficult, even for healthy walkers like us. Imagine how difficult it was for starving, malnourished POWs with malaria and dysentery,” a- he added.

The tour started at Kg Bauto in Telupid on April 19 and ended at Kg Muruk in Ranau on Monday April 25.

The group also attended the special Anzac Day Dawn service on Monday to mark the end of their trek.

“Each year, the incident is commemorated at Sandakan Memorial Park on August 15. It is a significant event to reflect on this historic affiliation between Sabahans and Australians,” she added.

Planning a trip to Europe this summer? Discover the hottest new hotels