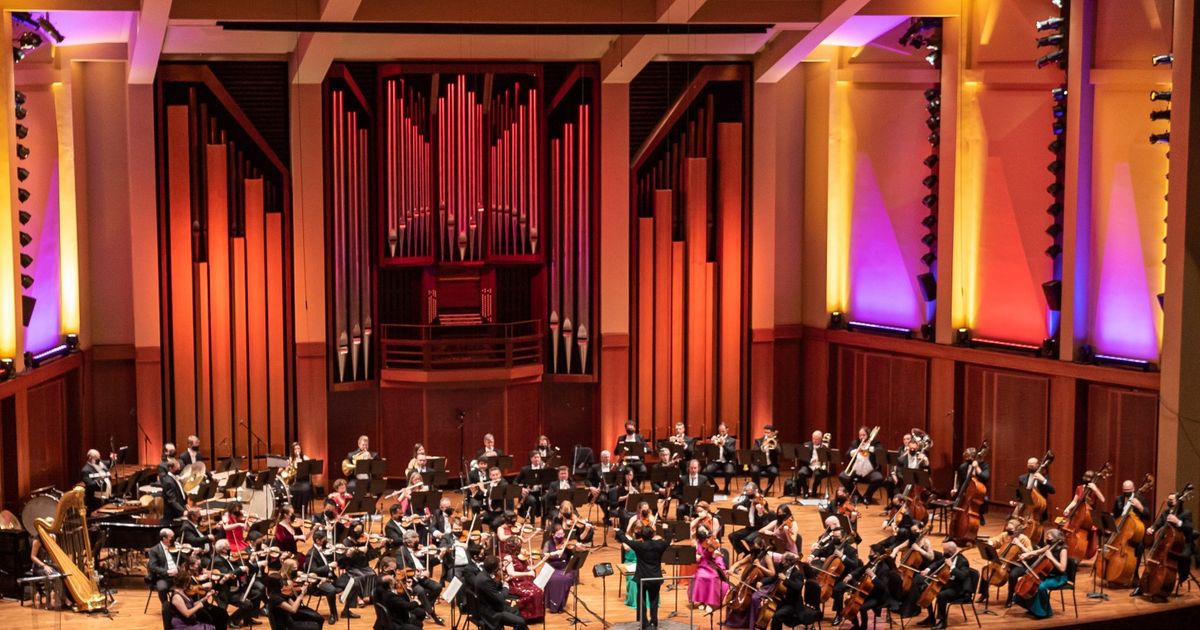 The Seattle Symphony 2021-22 season opening concert on Saturday was supposed to be the long-awaited “back to normal” event, after a predominantly online season for 2020-21. But then came the rapidly spreading delta variant of the coronavirus and visa travel restrictions that kept music director Thomas Dausgaard in Denmark, instead of Benaroya Hall. (Dausgaard appeared briefly in a video message to the Saturday audience.)

Despite the setback, the music continues. Fortunately, the Seattle Symphony found a conductor agile enough to replace Dausgaard in the opening night program: Xian Zhang, Music Director of the New Jersey Symphony and conductor who launched the “Seattle Symphony” streaming concert series. Live â€a year ago.

And what a conductor she is! Incredibly dynamic Zhang led the responsive orchestra at the world premiere of Reena Esmail’s â€œRE | Memberâ€, as well as two of the most colorful warhorses in the symphonic repertoire: Strauss’s â€œDon Juanâ€ and the suite Stravinsky’s “Firebird”.

The surprise of the evening, for this listener at least, was Esmail’s piece: evocative, imaginative and surprisingly powerful, it featured a large screen above the stage and a film of lead oboist Mary Lynch playing a solo. melancholy and evocative. Orchestral music rises to a grand statement and trumpet motif, then floats down to the winds – then Lynch herself rises from her seat in the orchestra to play a duet with herself. filmed. It is beautiful and moving music.

There were a few surprises in the powerful performances of Strauss and Stravinsky that followed. Strauss’s â€œDon Juanâ€ was exuberant, with a powerful, greedy energy that emphasized the sheer beauty of the melodies. And the â€œFirebirdâ€ sequel, which previously featured at another SSO milestone (the 1998 opening of Benaroya Hall), played out almost like magic in a no-rush play of great impact. Congratulations to Zhang for his inspired leadership.

Saturday’s audience was sparse, limited to around 350 gala attendees, who would normally have dined at Benaroya Hall after the concert. However, COVID restrictions do not allow in-room catering, so the post-concert dinner has been moved off-site. (The Symphony maintains strict COVID protocols, requiring masks in Benaroya Hall at all times, and proof of full vaccination or very recent negative test results.)

With mask and vaccination requirements in place, the Symphony expects full audience capacity this season. Those who prefer to watch and listen from a distance have the online option: the live concerts will be streamed in real time on Seattle Symphony Live and can then be viewed on demand the following week. Among the concerts scheduled for streaming are those considered to be highlights of the season: premieres, commissions, family concerts and special performances.

The Symphony is also hosting a free live concert at 12:30 p.m. on Sunday, during which the premiere of Esmail will be rehearsed – with “Lyric for Strings” by George Walker and “Alla Siciliana: Allegro vivace” by Amy Beach’s Symphony in E minor. , op. 32, “Gaelic”. Tickets are no longer available online but some tickets will be released and made available at the door.

Melinda Bargreen, Seattle Times critic since 1977, is a composer and author. Email: [email protected] This report is supported, in part, by the Rubin Institute for Music Criticism, the San Francisco Conservatory of Music, and the Ann and Gordon Getty Foundation.

How to Plan the Best Disney Vacation for Your Budget