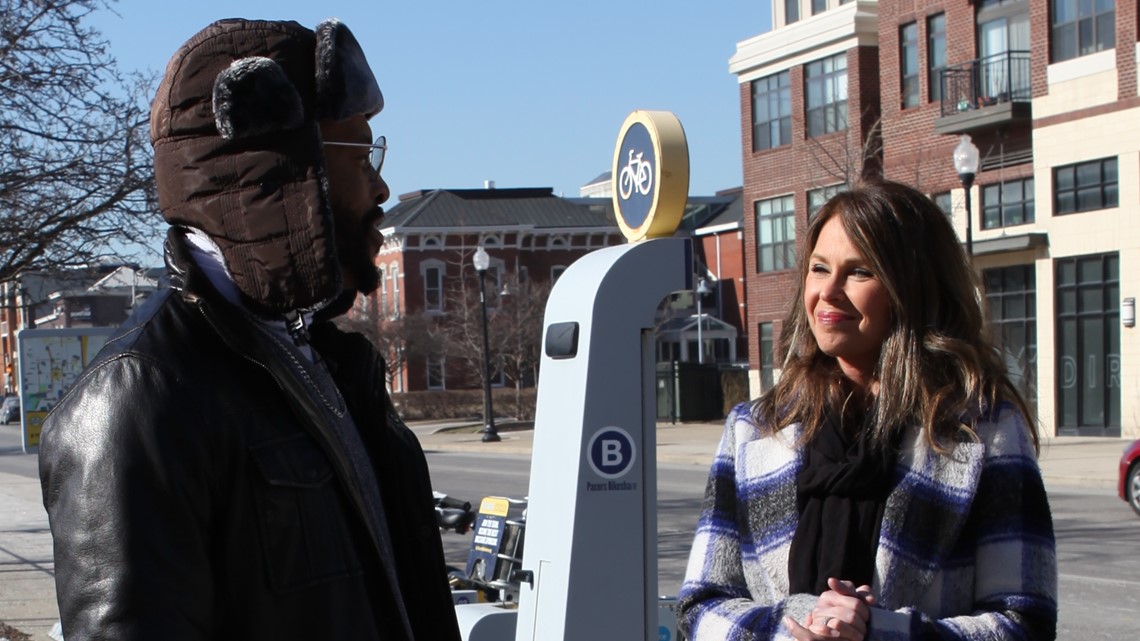 INDIANAPOLIS — On one of the coldest days this winter, we joined Sampson Levingston for a walking tour for Black History Month.

Once Sampson started talking, I totally forgot about the cold. My location during our visit was the Senate Avenue YMCA. It became a branch of the YMCA in 1910 and was one of the largest black YMCAs in the country.

This YMCA was a center for the black community to come together, learn from each other and grow. What stood out to me were the “Monster Meetings” which brought leaders from the community and across the country to Indianapolis to speak.

Martin Luther King Jr. and Eleanor Roosevelt were just a couple who came to talk. During our conversation, I asked Sampson if there was a chance to bring “Monster Meeting” back, and he said yes. I really think this would be a great way to connect our community and give our young people the opportunity to see and hear from leaders in government, industry and education.

I was moved by the tour – moved to learn more and to bring my family downtown to learn as well.

It was just one stop on WTHR’s Black History Tour in Indianapolis. Tour guide Samuel Levingston led our anchor team around the city to introduce them to the many historic sites that have played a vital role in Indianapolis’ black community. Follow February to learn more about them. Click here to see the other stops on the tour.

When is it okay to use your emergency fund to pay off debt?