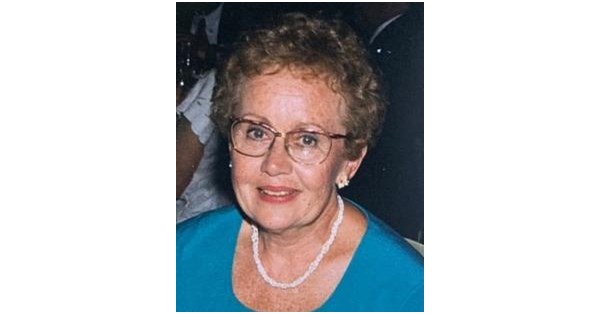 By Lupe D. Sharp On Dec 18, 2021
Share
Sheila (Gunning) Dumeer, 90, of Newington, beloved wife of the late Albert J. Dumeer, passed away peacefully on Friday, December 17, 2021 at the home surrounded by family. Sheila, daughter of the late Bartholomew and Anna (Golden) Gunning, grew up in the South Hartford neighborhood with her two sisters, Maura (Gunning) Mathieu and the late Brenda (Gunning) Clemens. Sheila attended St. Augustine School in Hartford. She then graduated from Mount St. Joseph Academy and later obtained her undergraduate degree and teaching certificate from St. Joseph College. During this time, she made many lifelong friends, including Maureen Hallisey, Mary Ann Renehan, Patricia Melley, Marjorie McMahon, Eileen Russo and Anita Stack. After graduating from college, Sheila met her husband Albert; they raised their family in Newington, where they spent the rest of their lives. Sheila pursued a successful teaching career in Hartford and Newington. She was a lifelong learner who had a passion for travel and cherished her many trips across the country and the world. After her retirement, Sheila served as a tour guide for the AAA, a guide at the Bushnell and Hartford Stage, and a volunteer with the Women’s Auxiliary at St. Francis Hospital. She was a devout Catholic and a communicant of St. Patrick-St. St. Anthony’s Church in Hartford. Sheila is survived by her sister and brother-in-law, Maura and Robert Mathieu of West Hartford. Sheila’s four children will be fondly remembered: Carol Fritz and her husband Gary LaBrec of Manchester; Eileen Francolino and her husband John of Newington; David Dumeer and his wife Paola of Glastonbury; and Amy McGloin and her husband Patrick from West Hartford. Sheila is also survived by nine grandchildren: Ben, Tim and Sam Fritz; Betsy Francolino; Matt Francolino and his wife Chelsea; Julie (Francolino) Inzero and her husband Ray; Jonathan and Olivia Dumeer; and Desmond McGloin. In addition, she is survived by two great-grandchildren, Adilyn and Cole Francolino, as well as several nieces and nephews. Sheila’s family would like to thank Victoria Mitchell and the other dedicated professionals who have taken care of her over the years. A Christian funeral mass will be celebrated on Tuesday, December 21, 2021 at 10 a.m. at Saint-Patrick-St. St. Anthony’s Church in Hartford. Friends and family will gather from 8:30 am to 9:30 am at Sheehan-Hilborn-Breen Funeral Home in West Hartford, with the funeral procession departing at 9:30 am Wearing a mask is compulsory for all, regardless of or the vaccination status. After Mass, interment will follow at West Meadow Cemetery in Newington. In lieu of flowers, donations can be made to the House of Bread, 453 Main Street, Hartford, CT 06120 (hobread.org). To leave a message of condolences online for Sheila’s family and to stream the funeral mass live, please visit www.sheehanhilbornbreen.com.

As Cuba reopens to the world, many of its own seem to be leaving – CBS Miami