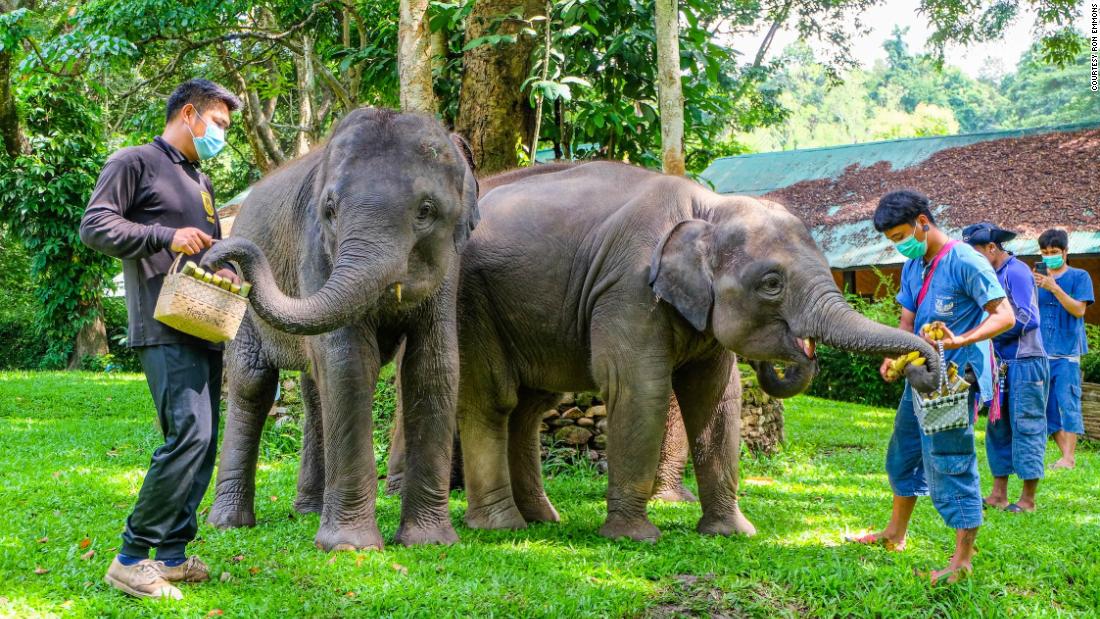 Thailand’s gateway to the north, Chiang Mai struggles with no international tourists

Chiang Mai, Thailand (CNN) – Before the pandemic, Chiang Mai received around four million international visitors a year, according to figures from the Tourism Authority of Thailand (TAT).

But the economic effects of Covid-19 on this tourist town and eponymous province in northern Thailand have been nothing short of devastating, with many travel-related businesses shutting down and thousands losing their jobs.

It is estimated that between January and June 2021, the tourism sector in Chiang Mai province lost more than 60 billion baht (about $ 1.8 billion) in revenue, according to Watcharayu Kuawong, director of the Chiang Mai office. of the TAT.

But relief may finally be on its way for the operators of tourism-dependent businesses who have managed to hold on.

Thailand’s attempts to reopen its borders continue, with the government announcing plans to welcome vaccinated travelers to five other destinations in October – Bangkok, Phetchaburi, Prachuap Khiri Khan, Chonburi and Chiang Mai.
Details of the reopening plan are slim at this time, but it is possible that it has similarities to the Phuket Sandbox and Samui Plus programs. Launched in July, they allow vaccinated tourists to stay on the islands without going into quarantine – although they are still subject to certain restrictions.

Mass vaccinations are now being carried out in Chiang Mai, including at the Promenada shopping center, in the photo.

A program called “Charming Chiang Mai”, similar to the Phuket Sandbox, was presented at the Thai Center for Disease Control and Prevention (CDC) at the end of August. It offers to offer vaccinated visitors a choice of travel packages that they must book to visit, such as a family package, or a golf package.

â€œChiang Mai has many entry and exit routes, unlike the sandbox areas of Phuket and Samui, which are easier to control,â€ says Watcharayu.

â€œIn addition, to implement the program, at least 70% of the local population must be inoculated in order to create herd immunity. “

As a first step, the authorities would authorize the opening of four districts of the province: Muang (Center), Mae Rim, Mae Taeng and Doi Tao. According to local media reports, these are the areas with the greatest number of vaccinated residents.

Among Chiang Mai’s most popular tourist attractions are its elephant camps, about 80 of which were in operation before the pandemic.

Most have since closed, although a few remain open and cater to domestic tourists.

â€œFinancially, the Covid has been a disaster for us,â€ says Anchalee Kalmapijit, the owner of the park.

â€œOur monthly expenses are around 3 million baht ($ 90,000), and there is no way we can do this just with local visitors. We had to free up nearly 200 employees, and out of the 120 who remain, most work part-time for half pay. “

The camp no longer offers shows or elephant rides, for ethical reasons.

“Currently, entry to the park is free, although we encourage visitors to purchase a fruit basket to feed the elephants.” said Anchalee. â€œThey can also participate in activities such as preparing food and helping to bathe the elephants.

â€œDuring the pandemic, we tried other ways to generate income, such as selling our own brand of coffee at the park and through social media. In addition, with 71 elephants, we get a lot of excrement, we have therefore also developed an organic fertilizer that we market. “

Further down the road is The Chang, the Maesa Elephant Conservation Park sanctuary for sick and elderly elephants. There are no chains or hooks and the mahouts (trainers) do not mount them, so they can enjoy a happy retirement, Anchalee explains.

â€œSome elephant lovers who cannot visit have been kind enough to adopt an elephant through our website. They then receive a monthly welfare update for the elephant of their choice,â€ she says.

“Online education was not really compatible”

Other popular activities in Chiang Mai include Thai cooking classes, Muay Thai, massage and meditation, but the pandemic has taken a toll on them as well.

“Ours is a home school and when the pandemic hit we were full for the year, but unfortunately we were forced to close because the students couldn’t make it here,” she said. declared.

â€œWe tried to reach those who wanted to study by offering Zoom classes in herbal medicine as well as Rasidaton (Thai yoga), based on Thai massage stretches. However, we found that online education was not really compatible with the kind of hands-on, person-to-person, and physically intimate teaching that our courses demand. So now we are waiting in the hope that one day the students will be able to visit our school again. “

The streets of central Chiang Mai are eerily quiet these days, with many shops closed and closed. Before the pandemic, tour operators occupied many of these buildings.

One tour operator considering closing her business is Annette Kunigagon, who has doubts about the proposed reopening program for Chiang Mai.

â€œVisitors to Chiang Mai are mostly independent travelers who want to learn more about the city’s culture and explore the beautiful nature of the north,â€ she says.

“They have a totally different purpose than beach tourists who visit Phuket. Offering package tours is unlikely to interest them, although there may be a few visitors who feel comfortable traveling this way.”

Gade Gray, who owns a small boutique hotel called Elliebum in the city’s old quarter, says she had to find other ways to earn an income until international tourists returned.

â€œWe need to focus on getting the most out of our kitchen, so we sell Thai bento boxes, spreads and dips,â€ Gade explains.

“Using donated food and money, we have also prepared meals for the homeless and frontline staff in field hospitals, which shows the friendliness of Thais and the way we try to help ourselves. help each other as a community. “

Despite the worrisome situation, the city’s tourism industry is counting on a possible recovery, as evidenced by the planned opening of new five-star hotels in Chiang Mai by international chains Melia and InterContinental.

The Melia aims to open in the fourth quarter of 2021 and the InterContinental in 2022.

â€œA program similar to the Phuket sandbox is a useful and productive idea as it offers new opportunities for Chiang Mai’s tourism sector,â€ he said.

“It looks like it works in Phuket and it can be successful in Chiang Mai provided we act responsibly and follow all necessary health and safety protocols.”

destination is normally packed with tourists. “/>

This photo was taken at the entrance to Doi Suthep temple in Chiang Mai in November 2020. The popular destination is normally packed with tourists.

The planned reopening comes on the eve of the traditional Thai high season, from November to February. But external obstacles stand in the way of recovery.

Travelers to China – who accounted for almost 30% of Thailand’s international arrivals before the pandemic – are still discouraged from leaving the country and face strict quarantine restrictions on their return.

Meanwhile, in August, the US and UK put Thailand on their “red lists,” which simply means “don’t go.”

At the time, Thailand was reporting more than 20,000 new cases of Covid-19 every day. But that figure fell to less than 15,000 a day on average, in line with rising vaccination rates and a strict lockdown imposed in worst-affected areas, including Bangkok, in July.

In early September, restrictions in Bangkok were partially lifted to allow restaurants and shopping malls to open, while airlines resumed domestic flights between major centers.

So what’s the way forward for the capital of northern Thailand?

“The first thing to do is to speed up the distribution of vaccines,” said La-iad Bungsrithong, president of the northern section of the Thai Hotels Association.

“Next, we need to establish a tourism committee that represents all tourism businesses and encourage domestic travel until we are able to welcome international visitors again.”