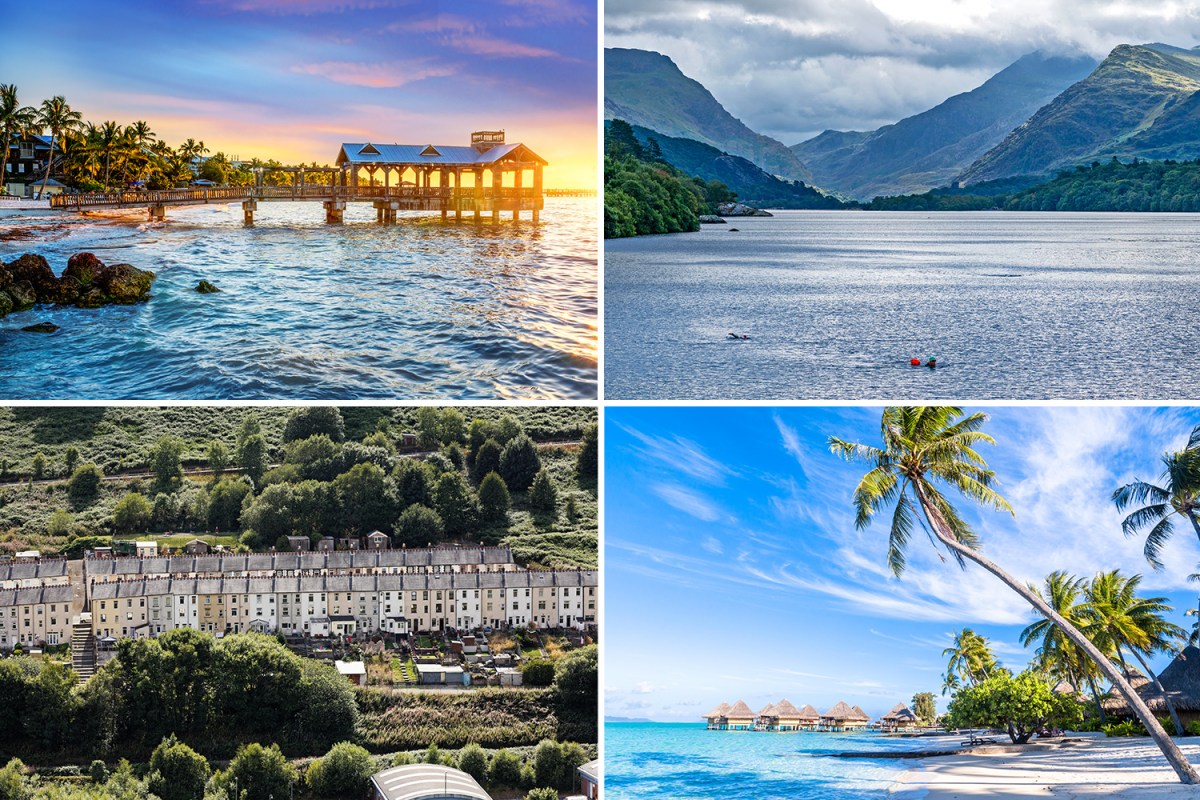 If you’re looking for travel inspiration, look no further, as the best new holiday destinations in the UK and abroad have been named.

Whether you’re in the mood for a vacation or want to fly abroad, TripAdvisor has named the 20 promising destinations in the UK and abroad.

The travel agency has collected data on its site to find out which new destinations holidaymakers plan to visit this year.

County Gwynedd in Wales ranks first and second among the most popular UK spots.

In the first place was the small hamlet Brithdir which is in the west of the country and offers many pubs and country walks.

The village of Llanberis, located on the edge of a lake and at the foot of Snowdon, the highest mountain in Wales, comes just behind in second place.

With watersports, craft shops and walks aplenty, there’s plenty to do in Gwynedd.

Fulford in North Yorkshire, which is just on the outskirts of York and is near the River Nidd, came third.

On the fourth was South Queensferry, near Edinburgh in Scotland and, as the name suggests, is over water and was once the main ferry terminal to Fife.

Rounding out the top five is Appleby-in-Westmorland, Cumbria, which sits between the Lake District, the Yorkshire Dales and the Northern Pennines. So there are many walks nearby.

In sixth place was Manchester, followed by the top southern destination on the list, Oxford, which narrowly beat its university counterpart, Cambridge, which came in eighth.

The only other southern location to make the list was Brighton at number nine and Glasgow completed the list at number 10.

10 new holiday destinations in the UK

If a staycation doesn’t excite you, TripAdvisor has the 10 new destinations abroad to inspire you.

The island city of Key West in Florida took the top spot, which is a great choice if you want to party as it is famous for its nightlife.

Key West is also known for its diving and snorkeling and has beautiful white sand beaches.

If you are looking for a breathtaking sea, then the second destination will also appeal to you – the Maldives.

Famous for its Instagram-worthy overwater villas, the Maldives was popular with people looking to go abroad this year.

At number three was the tourist hotspot of New York, followed by the first European destination to make the list, Lisbon, the capital of Portugal.

Sunny coastal city, Lisbon is a popular destination due to its nightlife, culture and beaches,

The Canary Islands were in fifth and sixth place, with Maspalomas in Gran Canaria coming in just ahead of Playa Blanca in Lanzarote.

Playa del Carmen in Mexico was number seven and Gran Canaria returned to number eight with the resort town of San Agustin.

At number nine was classic romantic Paris and last place was Funchal in Portugal, a region known for its Madeira wine.

If that makes you fancy a trip abroad, we’ve rounded up some Canary Islands holiday deals.

Or if you’re looking for a last minute break, we have UK breaks from £3 per night in March.