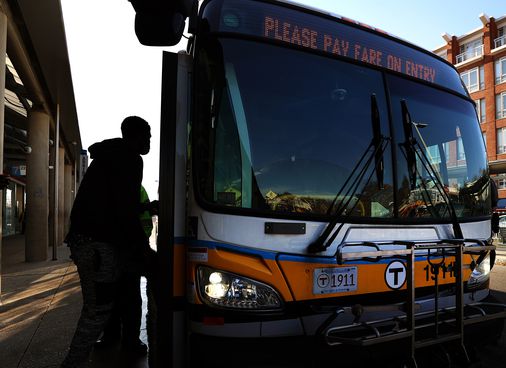 The elimination of transit fares is gaining momentum

Reducing the ever-increasing costs of subway, bus and train travel for commuters would allow more people and communities to use public transit – a critical transition if we are to improve Boston’s notorious congestion. We should take advantage of the expansion and potential of free programs and explore new approaches to our public infrastructure that can create a more vibrant and resilient Commonwealth.

The writer is a former representative of the State of Massachusetts.

Her research with LA’s no-fare program got her thinking

I agree with the feeling that we should encourage more people to use public transit, but free transportation is not the winning ticket (“Free transportation goes places”, Yvonne Abraham, Metro, December 5 ). On the contrary, free public transport would slow down boarding and bog down the system. I ran a no-fare pilot program in Los Angeles called BruinGo, and while the free fares grabbed the headlines, we ended it after a year.

My research revealed that the new users of free access came from non-vehicular modes such as cycling and walking. For the record, travel time has increased with more passengers on the bus.

Even when it’s “free” someone has to pay for it

It would be a positive change if the editors, reporters and columnists of The Globe’s headlines adjusted their writing style to say “no charge” instead of “free” when referring to public services such as bus lines. MBTA routes that will not charge users will be subsidized by other routes and taxpayers. They are not free.

Less scabies, more frills: the new mayor of Rome is betting on his Christmas tree

Travel news in the event of a pandemic: France on the list of “very high” travel risks