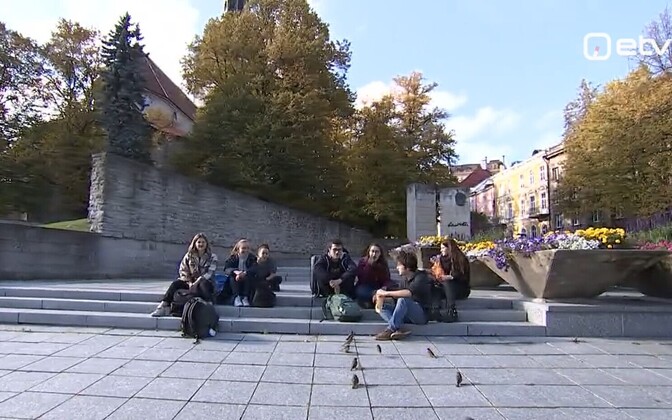 Tourists find their way back to Tallinn | New

It doesn’t take long to find tourists from many places of the world in Tallinn’s Old Town which was until recently avoided like the plague. People got creative going to Estonia, Min from Korea arriving through Germany.

“Estonia is far from Korea, which is why we are trying to imagine what it might be like. It is a mystical place that there is little information about,” she told the ETV news program “Aktuaalne kaamera”.

“It is as if there is no Covid in Estonia and the measures are very light. They are much stricter in Switzerland. It is perfect for us as tourists,” said Tamara from Switzerland. “Yes, it’s great not to have to wear a mask,” added Patrick.

The MyCity hotel and its 84 rooms have been closed since last fall, and it is not the only one. Entrepreneurs are waiting for positive signs.

“International vacations, tourists on city vacations are back. It’s maybe 10% of what we saw before the crisis, when the trend is positive. We can see new demands and new people every week, “said Kulu Maidla, executive director of the Estonian. Association of hotels and restaurants.

Tallinn has been found mostly by backpacking tourists who don’t contribute much in terms of income. Congress and business tourism, which is much more lucrative for the city, must still be patient.

“It’s cheaper here than in Scandinavia, when I’m from Greece and it’s always more expensive than at home,” Chris said.

“There are people on the weekends, while it’s completely dead on work days, there is no logic involved. I had five people yesterday, a little over ten today, so that I took 80 people to town last week, “city tour guide. said Loviise Kapper.

Experts say Finnish tourism is key. The rhetoric of the Finnish government has changed and the bans have been lifted, but there are still relatively few Finns in Tallinn.

“I think it will be months before Finnish tourism recovers. At Tallink, we expect recent Finnish tourist volumes to return next summer, meaning the industry is looking at another winter. dissatisfaction, “said Katri Link, communications manager for the Baltic Sea shipper.