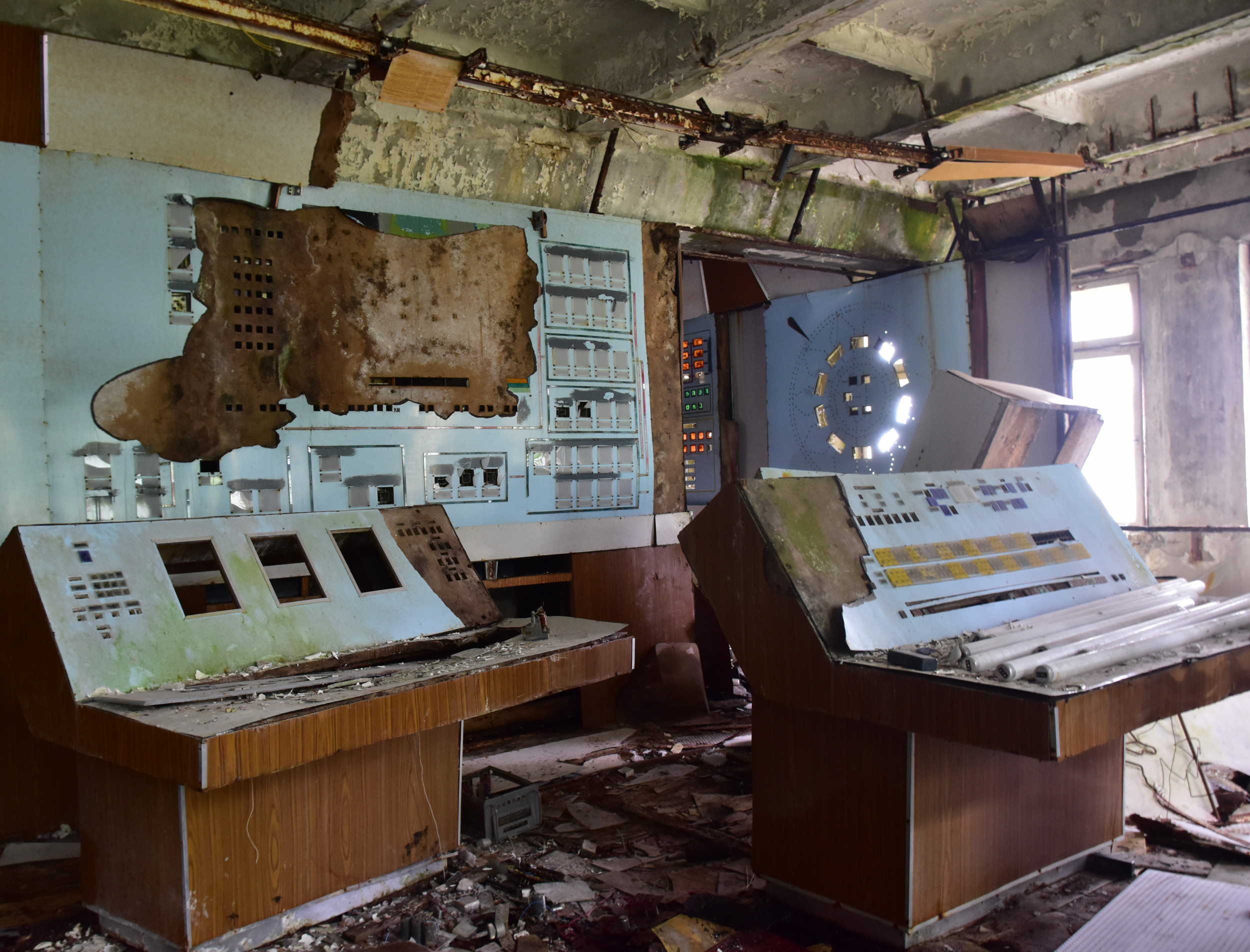 A woman filming the ghost town of Pripyat has gone viral online, after her bizarre video of the abandoned area around Chernobyl racked up more than 24 million views.

The 1986 explosion at the Chernobyl plant was the worst nuclear accident in history, which saw radioactive material scattered across Europe.

Many deaths have been attributed to the explosion at no. 4 reactor, and nuclear fallout, in the years following the disaster. It is one of only two classified at level 7 – the highest – on the international nuclear events scale. The other is the Fukushima nuclear disaster in 2011 in Japan.

The surrounding area in Ukraine was evacuated immediately after, including a newly formed town called Pripyat, housing around 50,000 people at the time, most of whom worked at the factory. A 30-kilometer-radius exclusion zone was initially put in place, according to the World Nuclear Organization, which was later made permanent and is now known as the Chernobyl Exclusion Zone.

At the heart of the area is the steel and concrete sarcophagus placed on the site, which was installed in 2017, encompassing an existing structure. The surrounding areas, including the once bustling Pripyat, have been transformed into a ghost town virtually overnight. In the years and decades that followed, nature reclaimed the land and animals returned to the region.

Visits are now being organized in the area, although security measures are in place. A woman, named Nataly, has garnered millions of views in recent weeks sharing videos of the deserted landscape, including what she said was inside the reactor.

Nataly, who claims to be a Chernobyl tour guide, shared a clip on TikTok on Thursday, which she captioned: “Yes, it’s possible! Visiting the Chernobyl nuclear PP.”

The video, which can be seen here, has racked up 24.4 million views. In the short clip, she plays the part of a conversation between two people, saying, â€œWow! It must be so radioactive near the Chernobyl nuclear power plant.

â€œWell, there are even tours inside the factory.

The next hit appears to be her in a hazmat suit and hard hat, inside the facility. The tiled room is large, with debris strewn around the empty building.

The camera pans a control panel, now rusty, dirty and broken, with the yellow chemical symbol for radioactivity clearly visible. She films another vast console, covered with buttons, dials and switches, now obsolete.

And she films a portable device, supposed to measure radioactivity, which indicates 5,714. Other clips, her most recent uploaded Tuesday, show the deserted entrance to the nuclear power plant, as she compares a photograph of the building in its prime to the hull it is now.

And in another, she goes to the infamous Pripyat hospital, saying, â€œSo you keep asking me about the highly contaminated basement of the Pripyat hospital. Here it is, specially blocked with sand to prevent people from trying to squeeze in.

â€œInside there are highly radioactive clothes from the first firefighters who put out the blaze from the exploded reactor No.4. Visiting such a place can seriously affect you in a very bad way and you will only find out when it will be [too] late.”

In another clip, she uses images of the bustling city as it once was in the ’80s, before reverting to its current appearance decades later. She said: â€œPripyat after 35 years. Nature takes hold of the city. The main square is no longer visible from the same location.

In another, she films residential buildings, all abandoned after tenants were forced to flee. “The apartments forever left in Pripyat remain vestiges of yesteryear,” she said in the clip, as she filmed letterboxes and took a short tour of the apartment, showing worn out armchairs, a sofa and empty wardrobes.

Her videos have divided opinion online about safety, as Petitealicet commented on the most popular clip: â€œAs a Ukrainian, just because we allow tours there doesn’t mean it’s safe. it’s not the case.”

â€œI don’t see how it’s worth it, you can check out this site through YouTube without risking your life,â€ Abyssaint said.

Katherinethereal added: “It’s still radioactive and just because someone can go doesn’t mean they have to.”

Nataly isn’t the first person to make a splash after sharing footage of the Exclusion Zone, following a 2019 miniseries airing, on HBO, sparking renewed interest in the site on networks social.

The tourist clichÃ©s were so prolific that one of the show’s writers, Craig Mazin, begged people to show “respect” to the site.

In a now deleted tweet sent in 2019, he wrote: “It’s wonderful that #ChernobylHBO has inspired a wave of tourism in the exclusion zone. But yes, I saw the photos circulating.

“If you visit, remember that a terrible tragedy happened there. Behave with respect for all who have suffered and sacrificed themselves.”